THE PERFORMANCE | Whereas the opening weeks of Starz’s Counterpart were largely plot-driven, Episode 5 slowed down a bit as Howard and Prime took closer stock of each other’s worlds — including the women in them. As they did, Simmons registered each man’s surprise, relief and, yes, disappointment.

As our Howard, Simmons communicated so much curiosity in his exchanges with the Prime Emily. You could tell, if he hadn’t come out and said as much, that he had so many questions for this other version of his comatose wife. And though Emily begged off sharing too much about their lives, Howard’s sweet earnestness coaxed her into letting him into her shadowy world of espionage.

Prime, meanwhile, learned a thing or two about our Emily. Realizing that something was amiss about his Go partner, Prime confirmed that Andrei was not who he claimed, but instead was Emily’s lover. In the scenes that followed, in Andrei’s flat and at Emily’s bedside, Simmons truly shined, for Prime was both gobsmacked by the truth and saddened by it — seemingly on behalf of both Howard and himself. As Prime chastised comatose Emily with a cold, “I thought you were better,” Simmons’ stricken face — a rarity for the steely Howard — suggested that the spy had to wonder if he was fated to never be good enough for her, in any world.

Capping Simmons’ stellar showing was Howard’s final scene, with a daughter he never knew in his own lifetime. Ana wants nothing to do with the detached dad she grew up with. But when Howard beseeched her to set aside that opinion and let him be there for her now, Simmons left us on the edge of our seat, wanting to witness their reconciliation. 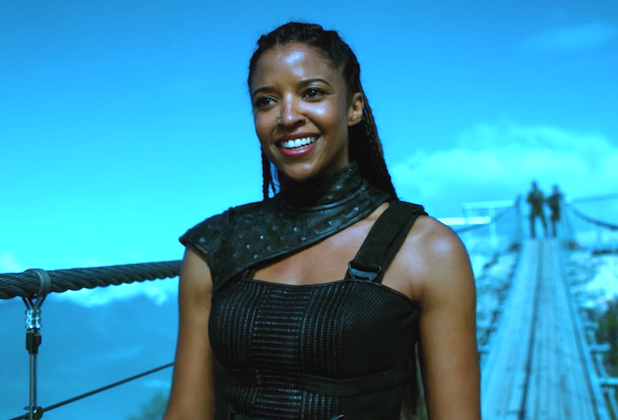 HONORABLE MENTION | Throughout Altered Carbon‘s first season, Renée Elise Goldsberry kicks serious sleeve… er, butt as the rebel Quell Falconer. Playing the leader of an anti-immortality movement allows Goldsberry to show off a hard edge and physicality not often seen in her TV work. And that’s why her performance in Episode 7, “Nora Inu,” is all the more impressive: As Quell prepares for what’s sure to be a suicide mission, she drops her guard, giving Goldsberry a shot at showing the real woman behind the revolutionary. When Quell admits a long-held secret to Takeshi, Goldsberry softens her alter ego significantly, the actress giving off small signals — a dropped gaze here, a barely repressed sigh there — of the regret and guilt Quell has carried for years. Let’s hope that twist teased at the end of the finale comes to fruition, because we’d like a whole lot more Goldsberry in our (dystopian) future. 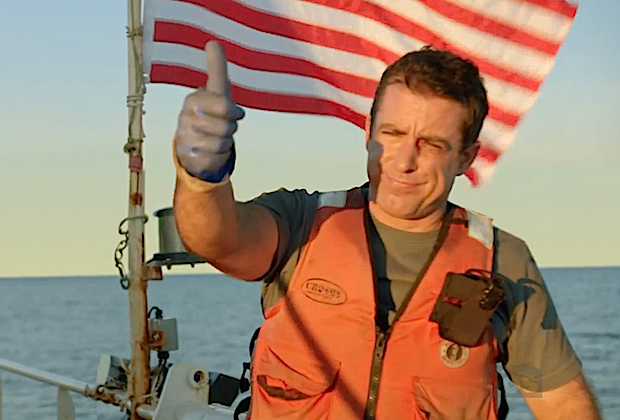 HONORABLE MENTION | We owe Jason Jones an apology. No matter the scenario into which The Detour drops his endearing, self-described goon Nate, he plays the silliness with such utter sincerity, such absolute commitment that his work registers less as a performance than a natural reaction — which, ironically, means that the performances have been so good that we’ve overlooked them. (Again, sorry, JJ.) Or, if not overlooked, at least we’ve failed to single one out — until now. In “The Boat,” which found Nate leaving his wife and kids to work on a fishing trawler for seven months, Jones grounded the hilarious horrors of his character’s stint at sea in his sweet love for his family, delivering a knockout even before the episode’s climactic, meth-fueled fight had begun.