Doctor Who alum Michelle Gomez has joined the as-yet-untitled project in the series regular role of Mary Wardell, a Baxter High teacher who, once possessed by Madam Satan, turns into a sultry manipulator that tries to lure Sabrina down the Path of Night. 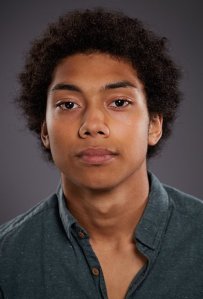 Oh, and this cool cat is playing Salem.