When it comes to romance, Chicago P.D. often mixes business with pleasure. So it’s not crazy to wonder if the professional partnership between Detectives Jay Halstead and Hailey Upton will develop into something more.

Following his recent ill-fated undercover relationship with Camila, Hailey has supported Jay at work and even pushed him to get therapy for his PTSD. “She wants a solid partner that she can rely on, and right now, she’s like, ‘This guy’s a mess,’ but I think she cares,” star Jesse Lee Soffer told TVLine during last month’s Television Critics Association winter press tour. “I think she sees that Jay is a good guy that has been through a lot, and she’s trying to help him find his way.” 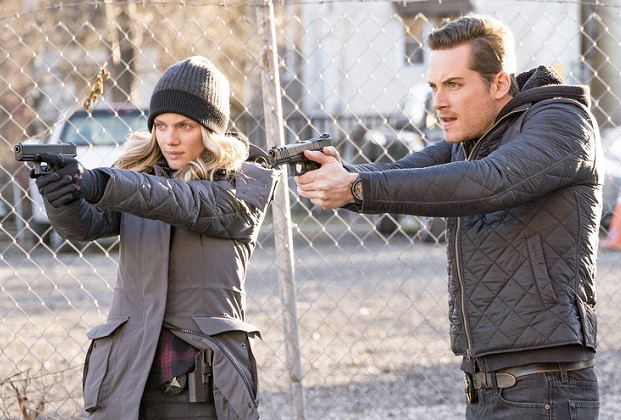 While the pair are “already pretty good partners” on the job, they’re still feeling each other out on a personal level. “It’s a new partnership, [so] he doesn’t know if he should trust her yet,” the actor noted. Soffer hopes that Hailey’s well-mentioned concern for Jay means that “he’ll start to let her in a little bit more [and] be a little less wary of her, and maybe that’ll bring the two of them closer together.”

But it’s going to be a while before the two of them grow into anything more than colleagues and friends. “Right now, I don’t think the two of them see each other in a romantic light at all,” Soffer said. Hailey just “wants to see him get his life back together.” Plus, between Jay’s recent PTSD issues and messy break-up, not to mention his earlier heartbreak after Lindsay left Chicago, “I don’t think women are what’s on his mind so much,” the actor added.