Once Upon a Time alum Josh Dallas has landed the male lead in Manifest, NBC’s drama pilot about the mysteriously returned passengers of a plane that years ago went missing.

Penned by Mysteries of Laura creator Jeff Rake and counting Robert Zemeckis among its other EPs, Manifest is described as a character-driven, high-concept mystery thriller in which a plane disappears from radar and returns years later after being untraceable and presumed lost at sea. No time has passed for those aboard the plane, but for their loved ones at home, years have gone by. The series follows the passengers’ personal lives as well as the larger mystery and purpose that is their destiny. 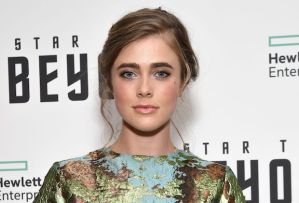 Per our sister site Deadline, Dallas will play Ben Stone, an intelligence analyst who struggles with his son’s rare cancer as well as a mysterious voice that is now inside his head.