Jessica Jones‘ next investigation will be her very powerful self, as detailed in a new trailer for Season 2 of the Netflix series.

In the Marvel drama’s sophomore season (releasing Friday, March 8 aka International Women’s Day), New York City private investigator Jessica Jones (played by Krysten Ritter) is beginning to put her life back together after murdering her tormentor, Kilgrave. Now known throughout the city as a super-powered killer, a new case makes her reluctantly confront who she really is while digging deeper into her past to explore the reasons why.

In the NSFW trailer above, Jessica begins to poke the bear that is her murky past, including her parents’ tragic death and her own brief dance with the Grim Reaper. She also fields a young fanboy’s inquiry about a famous Avenger, and calls out a rival dick for his “rape-y” business overture. 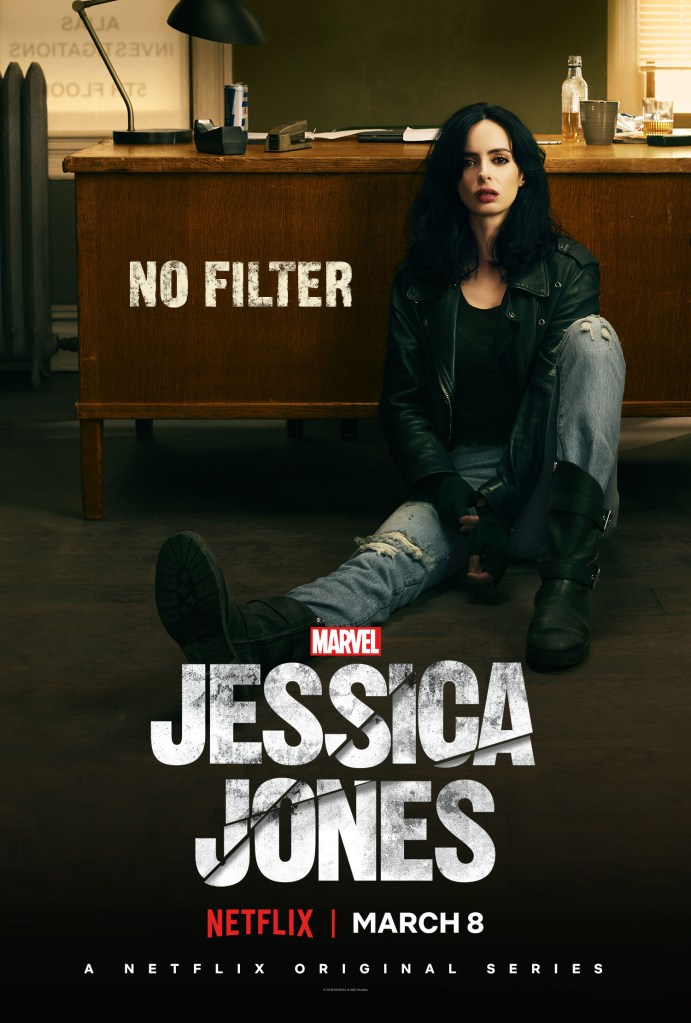