Nickelodeon on Thursday released the first images from its upcoming Rise of the Teenage Mutant Ninja Turtles series, easily the franchise’s most diverse incarnation to date. 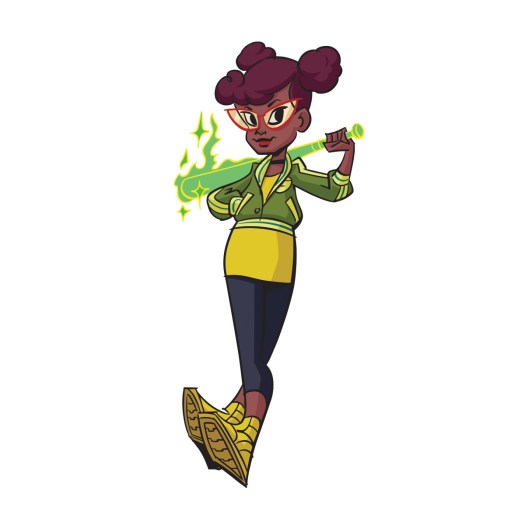 Most notably, the franchise is making history by introducing the first non-white April O’Neil, voiced by The Vampire Diaries‘ Kat Graham. Though her casting was announced back in Nov. 2017, this is the first time we’re getting to see Graham’s April in action. (The character has been white in all previous versions, including on the big screen, where she’s been portrayed by Megan Fox and Nashville‘s Judith Hoag).

The Ninja Turtles — Leonardo (voiced by DuckTales‘ Ben Schwartz), Raphael (voiced by Ballers‘ Omar Benson Miller), Donatello (voiced by Silicon Valley‘s Josh Brener) and Michelangelo (voiced by You’re the Worst‘s Brandon Mychal Smith) — have also been given noticeable makeovers, as has their rat-faced mentor Splinter (voiced by The Adventures of Puss in Boots‘ Eric Bauza).

Rise of the Teenage Mutant Ninja Turtles, “which follows the band of brothers as they discover new powers and encounter a mystical world they never knew existed beneath the streets of New York City,” premieres later this year.