President Trump on Tuesday delivered his first State of the Union address and, as expected, he hit on all of his favorite hot topics, including tax reform, immigration, the war on terrorism and the booming economy. POTUS stuck mostly to the pre-released script during his hour-plus speech, but, as with any live television event featuring 45, there were a handful of cringe- 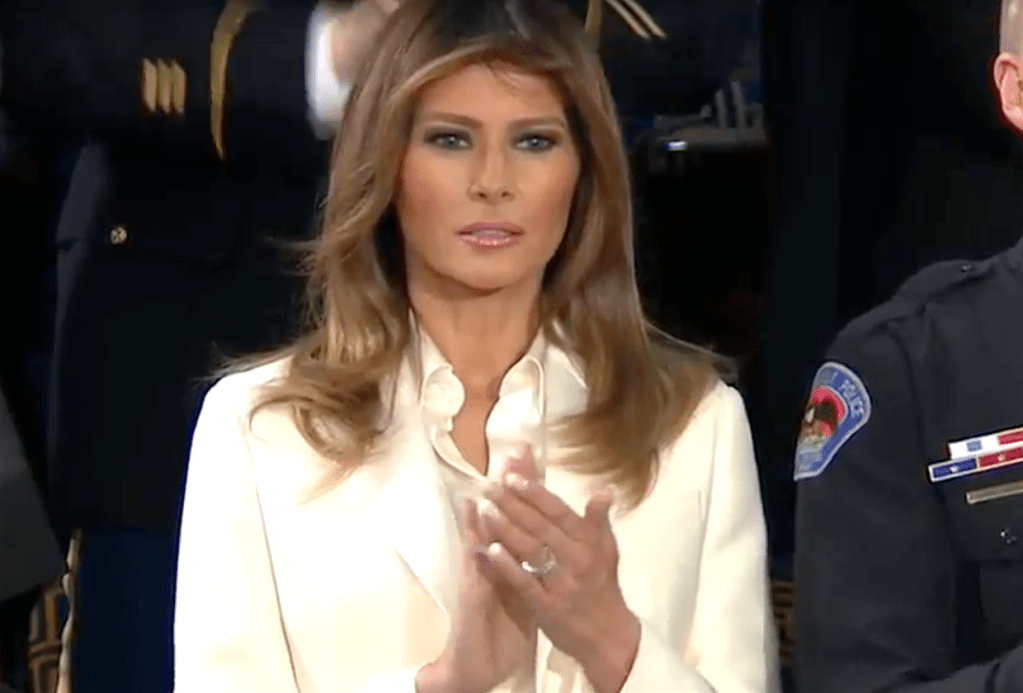 worthy unscripted moments. Below are seven such moments:

* FLOTUS Melania Trump, who reportedly was blindsided by the whole Stormy Daniels scandal, refused to turn her frown upside down during her husband’s long walk to the podium.

* Every single time President Trump stepped away from the dais and clapped at his own speech. Every. Single. Time.

* Trump touted the lowest African-American unemployment in U.S. history, triggering a standing ovation from… not a single member of the Congressional Black Caucus. 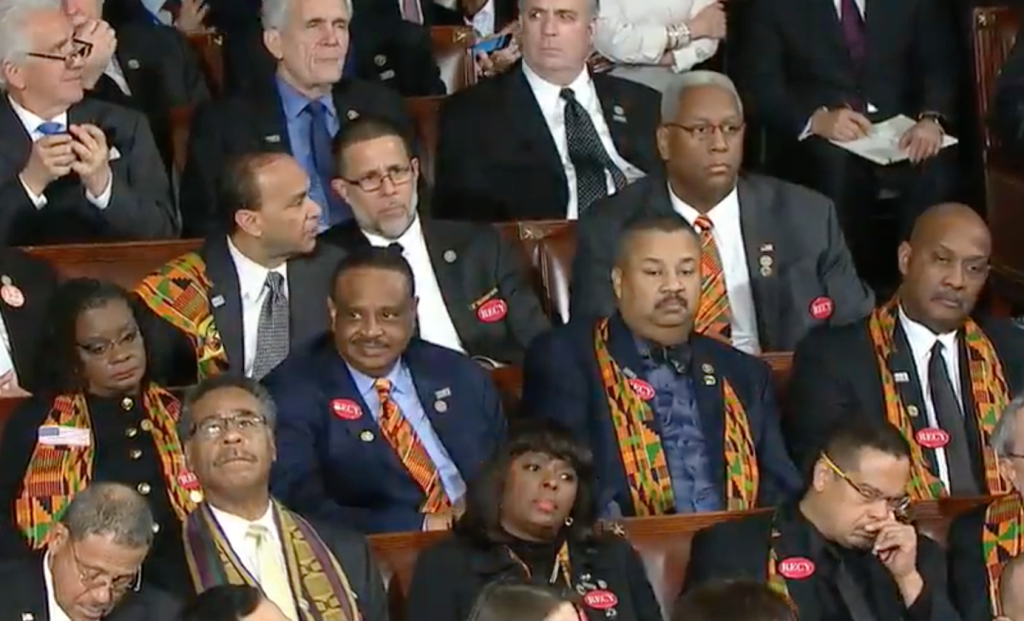 * Dismayed that the Democrats refused to stand and applaud when he reaffirmed his commitment to bringing down the cost of prescription drugs, Trump lunged in their direction and raised his arms, as if to say, 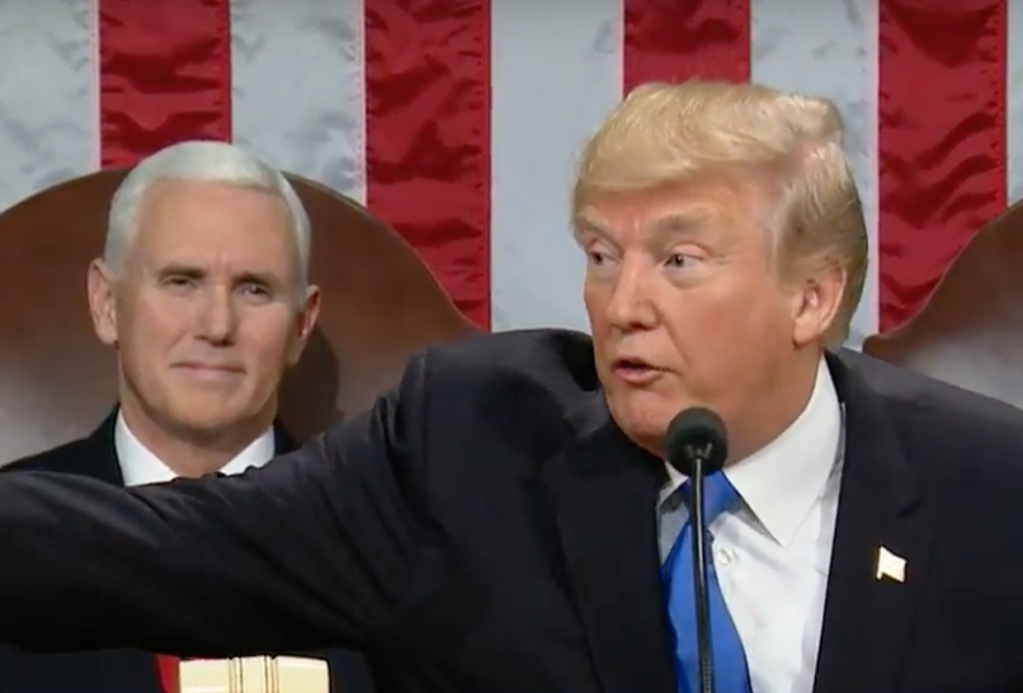 * Groans echoed throughout the chamber several times, most notably when Trump intimated that immigrants were murderers.

* So impressed was Trump with his “Americans are dreamers, too” line, he paused at the end of the sentence expecting a rapturous reaction from the crowd, but was instead met — at least initially — with [crickets].

* Ever single Nancy Pelosi  reaction shot. Every. Single. One. But especially this one below. 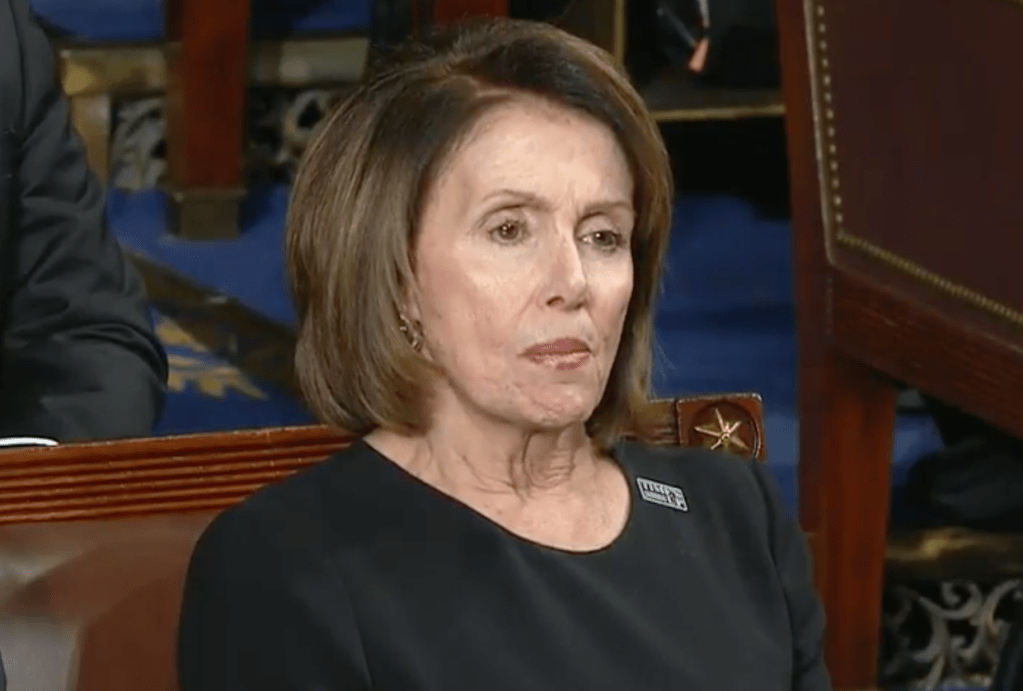