The Grammys are singing a sad song this morning, as ratings for the kudoscast declined sharply year over year. 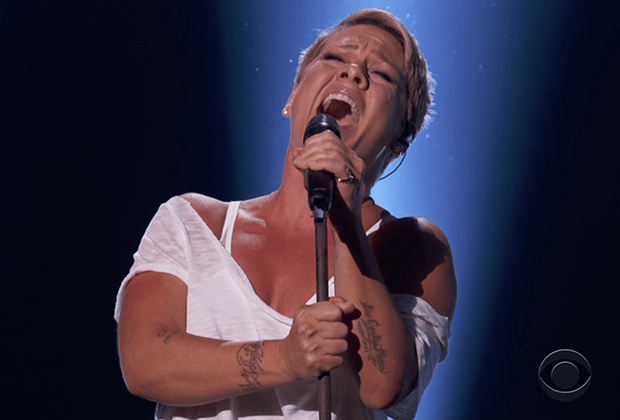 CBS’ three-and-a-half-hour broadcast of the 60th Grammy Awards on Sunday night scored a 12.7/21 in metered market ratings, down a full 20 percent from last year’s overnight numbers.

Update: Per finals, the Grammys drew 19.8 million total viewers, down 24 percent in audience vs. last year to mark a nine-year low — yet ranking as the most-watched primetime entertainment program on any network since last February’s Oscar telecast. The show’s 5.9 demo rating meanwhile marks an all-time low.

The 2017 telecast — which aired opposite a fresh episode of The Walking Dead and was also hosted by James Corden — eventually reported 26.05 million total viewers and a 7.8 demo rating (per finals), which marked three-year highs.