Want a hint of what to expect from Season 2 of The Handmaid’s Tale? We can confirm this much: There will be blood.

Fresh off big wins at the Golden Globes and the Critics’ Choice Awards, Hulu’s dystopian drama is gearing up for its sophomore run, and these first-look photos give us a glimpse of what’s next for Offred (Emmy winner Elisabeth Moss) and her fellow handmaids. Last we saw Offred, she was pregnant and being hauled away in a Gilead van for defying Aunt Lydia’s orders… but from the looks of the photo above, which shows Offred drenched in blood and wearing a defiant stare, she’s not going away without a fight.

Season 2 will be as visually stunning as ever, as we see in the photo below, depicting what looks like a funeral, with the handmaids clad in stark black robes with red masks covering their faces: 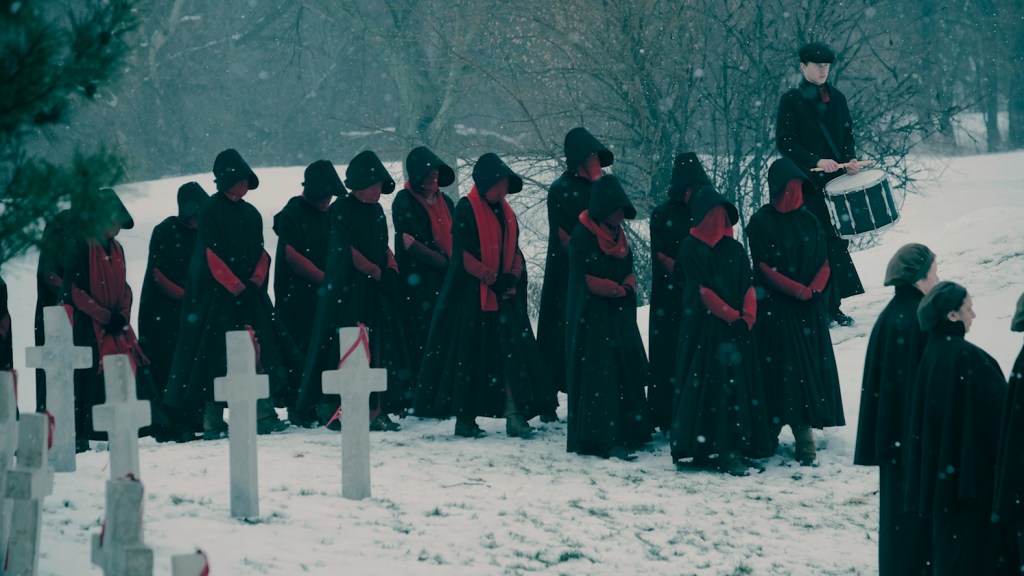 Plus, Season 2 will take us to “the colonies,” the wasteland prison farm for those who don’t adhere to Gilead’s strict rules of conduct, and the photo below reveals the plantation-like atmosphere found there, with prisoners herded into a single line by stern men on horseback: 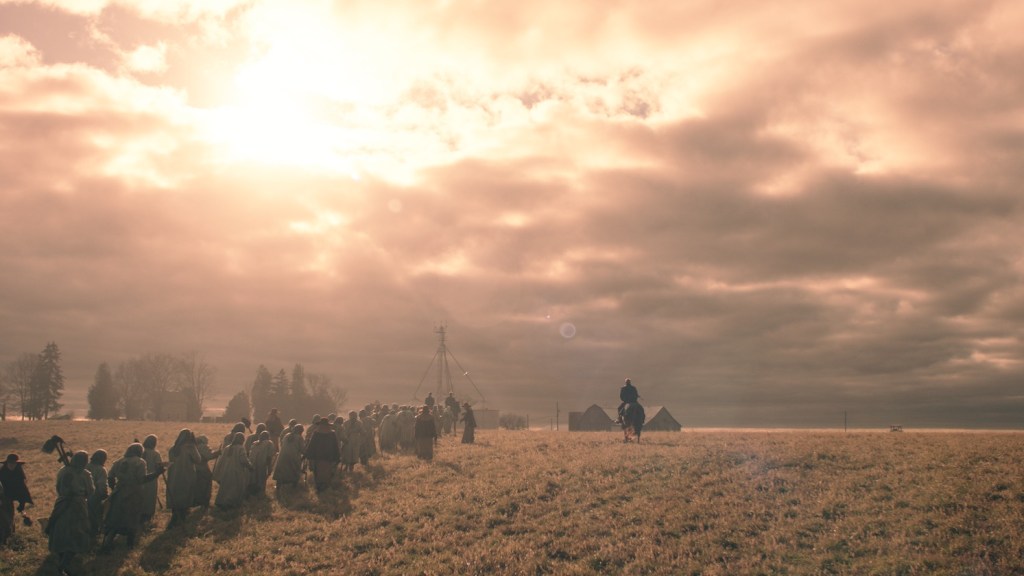 We’ll learn more when The Handmaid’s Tale returns for Season 2 in April on Hulu.

Take a look at these Handmaid’s Tale Season 2 photos, then hit the comments below to share your first impressions.