Disney Channel is scheduling a post-Valentine’s Day date with the undead.

ZOMBIES, the networks’s next “music-and-dance-driven” original movie, will premiere Friday, Feb. 16 at 8/7c, TVLine has learned exclusively. The film stars American Housewife‘s Meg Donnelly as a cheerleader named Addison and relative newcomer Milo Manheim as a zombie (and a football star!) named Zed.

But rather than attempting to explain the film’s wholly original plot, I’ll let Disney do the heavy lifting:

ZOMBIES follows a groundbreaking semester at Seabrook High School, the pride and joy of Seabrook, a suburban town preoccupied with uniformity, traditions, football pep rallies and cheerleading championships. That is until students from Zombietown integrate into the school and chaos erupts as human and zombie students struggle to coexist. It takes the courageous friendship between a fierce and determined cheerleader and zombie football star, Addison and Zed, to help unite their high school and ultimately their community.

–
As a bonus, TVLine has some exclusive first looks at the ZOMBIES (and their human pals) below: 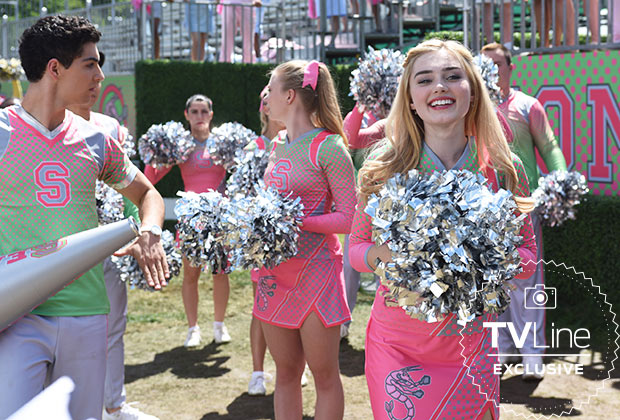 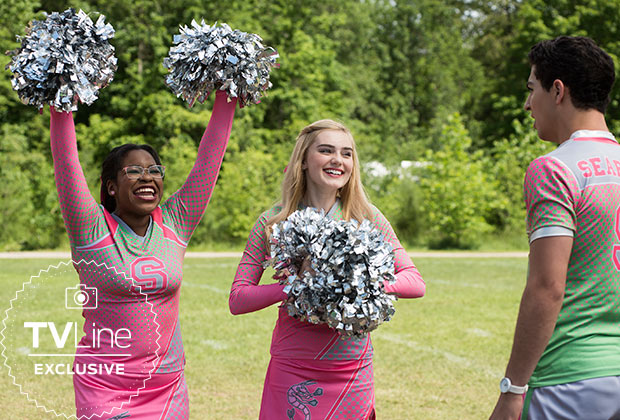 –
Prior to the premiere of ZOMBIES, Disney Channel will air a new episode of Andi Mack at 7:30/6:30c. The movie will be available to watch on VOD and stream on DisneyNOW beginning Saturday, Feb. 17 at 12:01 am.

Are you looking forward to ZOMBIES? Drop a comment with your thoughts below.