Andy Cohen left the comfort of his Watch What Happens Live clubhouse behind on Sunday night and braved below-freezing temperatures to ring in 2018 with Anderson Cooper. 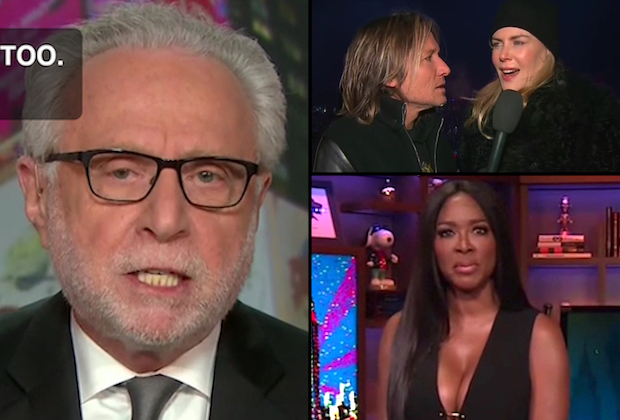 The Real Housewives ringleader made his debut as the new co-host of CNN’s annual New Year’s Eve bash. He succeeded Kathy Griffin, who anchored the broadcast alongside Cooper for 10 years before her contract was terminated in May for reasons well documented.

The countdown to 2018 kicked off a full four hours before the annual ball drop — but it only took 18 minutes for a CNN correspondent to drop trou. (Yes, really!) Cohen and Cooper were joined by a bevy of special guests throughout the show, including Amy Sedaris (who provided weather updates), Celine Dion (who was cut off mid-performance), Keith Urban, Nicole Kidman, Dave Chappelle and John Mayer.

Peruse the attached gallery of delightfully wacky moments from CNN’s NYE festivities, then scroll down and tell us what you thought of Andy Cohen’s debut as Anderson Cooper’s new co-host.