Is Beverly Goldberg a Golden Girl?

When The Goldbergs returns with new episodes in 2018, the ABC comedy’s “smother” will attempt to form her own friend group, a la Rose, Blanche, Dorothy and Sophia — with an assist from the real Beverly Goldberg! 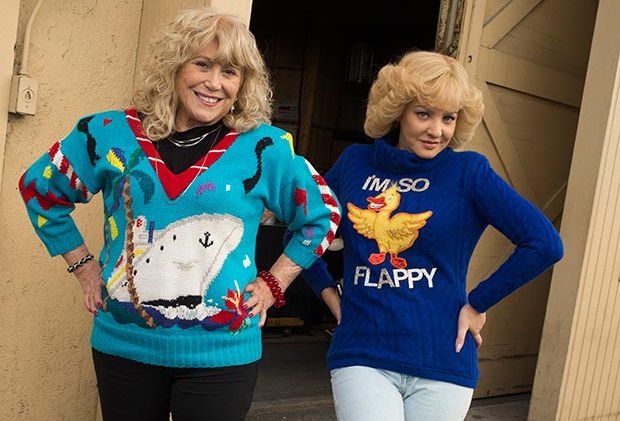 In the episode, titled “The Goldberg Girls,” Bev worries that she’ll be all alone in her old age, so she tries bonding with her other mom pals in an effort to create her own Golden Girls-esque quartet. And who should be sitting at the next table in TVLine’s exclusive first-look photos but the real-life Beverly and her friends Virginia, Linda and Essie?

But the question remains: Is Beverly Goldberg a Rose, Blanche, Dorothy or Sophia? Click through the gallery above (or right here) for a sneak peek, plus a playful behind-the-scenes shot of both Bevs side-by-side, then hit the comments to weigh in.