Why, yes, you did just hear something blowing up: Cinemax’s high-octane action series Strike Back is back… and though the Section 20 crew looks different, the explosions sound just the same.

In the trailer for the revamped Season 5 — which you can watch above — we meet Section 20’s new recruits, including British army captain Natalie Reynolds (Game of Thrones alum Roxanne McKee), who’s ready for a fight: “Please tell me this plan involves kicking in some doors.” Soon enough, the team is indeed kicking in doors in an effort to track down madman terrorist Omair Idrisi, who escapes from a Syrian prison with plans to launch a devastating attack that could send shockwaves around the globe. The ensuing chaos features a little cage-fighting, a little witty banter… and a ton of explosions, naturally.

Plus, get a first look at the Season 5 poster right here: 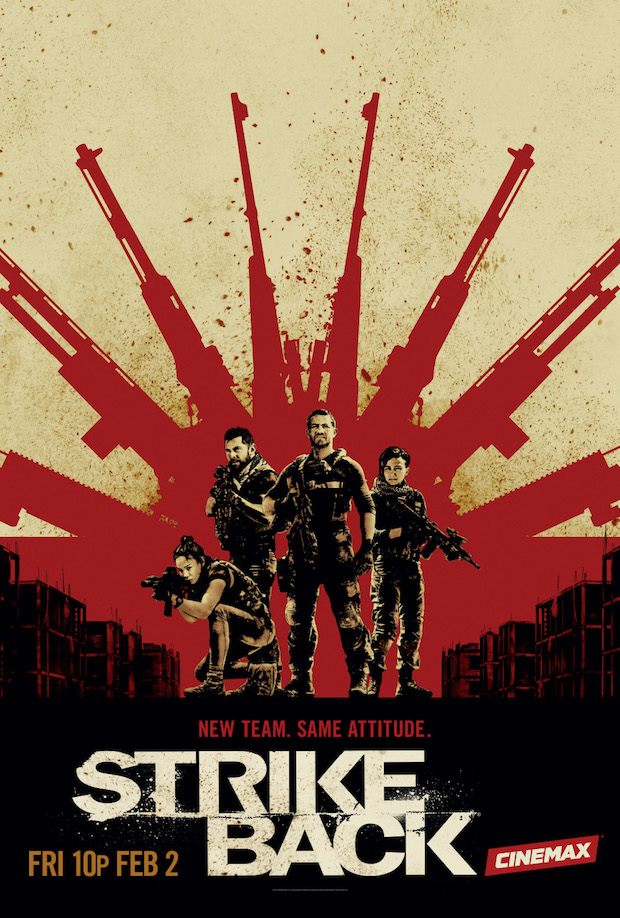 Press PLAY above for a first look at the new Strike Back, then hit the comments with your first impressions.