When Shadowhunters returns in 2018, Magnus is going wand-to-wand with a Founding Father.

Though if we’re being honest, the spellcasters look awfully chummy for a pair of supposed “enemies.” (And let’s be honest, this wouldn’t be the first time someone has attempted to come between Magnus and Alec.)

Check out a second shot of Magnus and Lorenzo below: 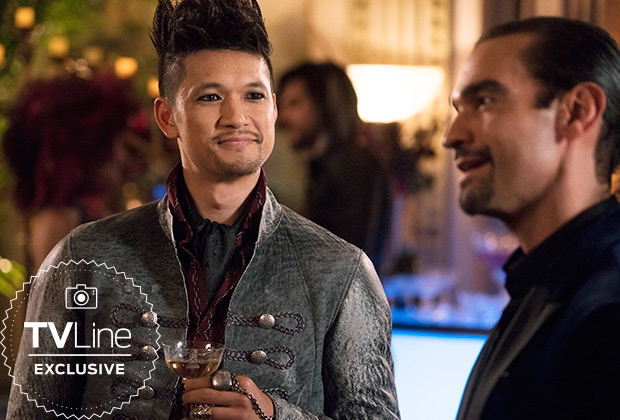 And because we’re feeling extra generous — come on, it’s the holidays! — here’s a bonus first look at some Jace/Clary drama coming up in the new year:

–
Shadowhunters returns for its third season on Tuesday, March 20 at 8/7c (new premiere date!). What are you hoping to see? Drop your wishes in a comment below.