Next month’s SAG Awards will be a good place, when The Good Place star Kristen Bell takes the reins as the telecast’s first-ever host.

“This has been a year in which assumptions have been challenged, stereotypes have been shattered and precedents have been broken,” executive producer Kathy Connell said in a statement. “We decided to capture the cultural mood by casting aside one of our own traditions, and we’re thrilled to have such a talented performer like [Kristen] Bell help us do so.”

The 24th Annual Screen Actors Guild Awards will be simulcast live on TNT and TBS on Sunday, Jan. 21 at 8 pm ET/5 pm PT.

* HBO has released a teaser trailer for True Blood boss Alan Ball’s upcoming drama Here and Now, about a middle-aged couple (played by The Brink‘s Tim Robbins and Top of the Lake‘s Holly Hunter) and their four children, three of which were adopted from Somalia, Vietnam and Colombia. Things take a turn when one of the children begins to see things others cannot. The series premieres in February.

* In more HBO trailers, SNL vet Bill Hader stars in Barry as a seasoned assassin who discovers a passion for acting while on an assignment in Los Angeles. The show is slated to premiere in spring 2018.

* Chicago P.D. has tapped Mekhi Phifer (Frequency, ER) and Jesse Garcia (From Dusk Till Dawn: The Series) to guest-star in the Jan. 17 episode, during which Det. Atwater goes missing, EW.com reports. Phifer will play a reformed gang banger, while Garcia portrays a street-smart cocaine dealer.

* Melissa Joan Hart will step behind the camera to direct an upcoming episode of The Goldbergs, TVLine has learned exclusively. The installment, titled “Hail Barry,” airs in winter 2018.

* BBC One/SundanceTV have released a first look at the upcoming divorce-law drama The Split, which explores marriage and relationships through the lives of a family of lawyers at the heart of London’s divorce circuit. The cast includes Last Tango in Halifax‘s Nicola Walker (pictured below) and Anthony Head (Buffy the Vampire Slayer). 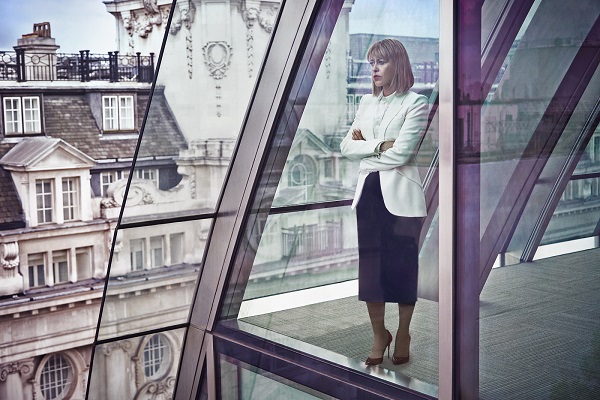