This Monday on The Gifted (Fox, 9/8c), the mutant underground takes action based on the latest intel about brethren who are being kidnapped and drugged… or worse.

Because whereas Eclipse, Polaris et al previously thought that Sentinel Services agents were their worst nightmare, they now know that Trask Industries — the company Reed’s mutant father used to work for — now is using powered people for unspeakable ends.

Emma Dumont, who plays Lorna aka Polaris (aka the Magneto’s daughter), shared with TVLine a look at how her character’s pregnancy might give birth to “scary” new powers, as well as shed new info on the multi-pronged “war” the X-Men warned us about.

TVLINE | What is the plan now that Chloe aka Vicious has furnished that intel about Trask?
Now that we know poor little Viscous has been through all of this crazy she-ite, we have to go and hunt him down — but hunt who down? We’re not quite sure yet, but now we have a telepath (played by Skyler Samuels) and hopefully that’ll help us. Everything is a lot scarier now because while it’s one thing to hunt mutants and to kill children mutants and do horrible things like that, it’s another thing to like brainwash them and drug them and use them. Like, the Sentinel Services are one bad guy, but now there’s this other group that’s not only hurting mutants but abusing them, so Polaris is pretty pissed off about it, to say the least. 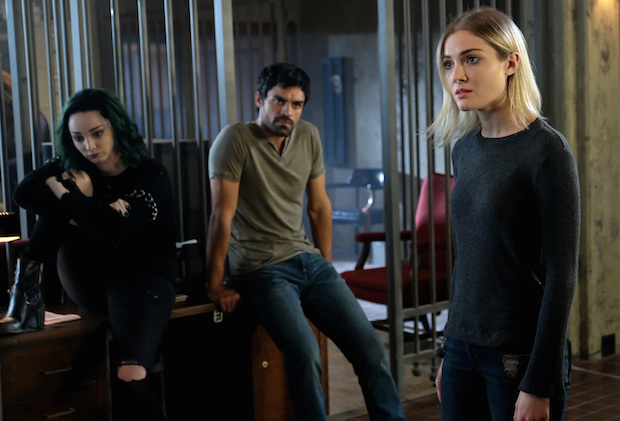 TVLINE | You mentioned the telepath, Esme. How terrified would you be to have a telepath there on set?
In real life? Oh, no. That can’t happen. I do a lot of s—t–talking in my head. No thank you. I’d have to get a Magneto helmet, immediately.

TVLINE | Lorna and Marcos (Sean Teale) have been sorting through some issues over the past couple of episodes. Is that going to escalate further, or have they reached a peace?
Oh, no. Like every tragic young relationship, they’re never going to be at peace, ever. I think it’s safe to say that Eclipse is the best thing for Polaris — they’re two sides of the coin that complete each other, as cliché as that is — but their political views are exact opposite and also the exact same. The way I like to describe the difference between Lorna and Marcos is that if you saw a white supremacist, for example, hurting a minority in public, would you step in and do something, or would you just tweet about it? Lorna is someone who would step in and do something, whereas Marcos would so something, but in a different way. He might start some sort of campaign, get a bunch of signatures on a list…but in that moment, that’s not going to save that minority right then and there. Lorna is a take-action kind of girl. So yeah, it definitely gets worse for them.

TVLINE | Lorna’s pregnancy has been kind of a nonissue so far. Is that going to change?
Yes, 100 percent it’s going to change. She’s only a few months pregnant, and with most mutants, their powers manifest when they’re older, maybe 7 or 13, some in their 20s. But Lorna’s baby is much different, and it affects her in a huge way. I like to say that Lorna has a second manifestation, around Episode 10, of her powers. Her powers totally change, which is a very scary thing. 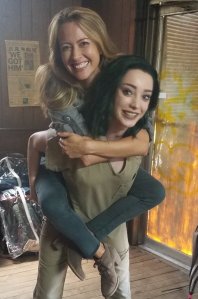 TVLINE | Lorna and Caitlin (Amy Acker) locked horns a bit, a few episodes ago. Have they since arrived at a place of like mutual respect?
I would say, yeah, they respect each other. Lorna respects Caitlin for nothing to do with the Mutant Underground, but solely for the fact that she’s about to be a mother and Caitlin has raised two kids. And she respects her as a nurse who saves lives every day in her old life. But she doesn’t respect her opinions on mutants. She thinks she’s sort of naïve to the whole political war that’s happening — and she doesn’t think she’ll ever “get” it. I don’t think they’ll ever be friends, which is really sad because Caitlin is such a strong character and you know, with Lorna having a baby, she could get a lot of great advice from her. But she doesn’t think she makes the right choices.

TVLINE | As we talk about this… I think we just realized who’s going to end up delivering that baby.
Oh my gosh…. I didn’t even think about that. Oh, s–t. That’s crazy. Yeah, they’ll probably have to make up at some point. You’re ahead of the game!

TVLINE | In the most recent reference to the X-Men, we learned they had had said “a war was coming.” Are there any more nods in the coming weeks?
We say over and over again that the X-Men “chose” us, and what we find out later on in the season is the X-Men chose Polaris and Thunderbird (Blair Redford) specifically. I don’t know if it’s because of their ancestry, because of who their family is, their genes… but the X-Men chose them to lead this underground railroad for mutants. And yeah, a war is coming, but what we think now is it’s a war between the government, Sentinel Services, bigots and the mutants. But what we come to find out later in the season is it’s a war of a different kind, and it could be a war that finds two groups on the same side battling each other, which is very, very scary and will change everything. It might not be a war between just two groups, it might be a war of three or four groups…. 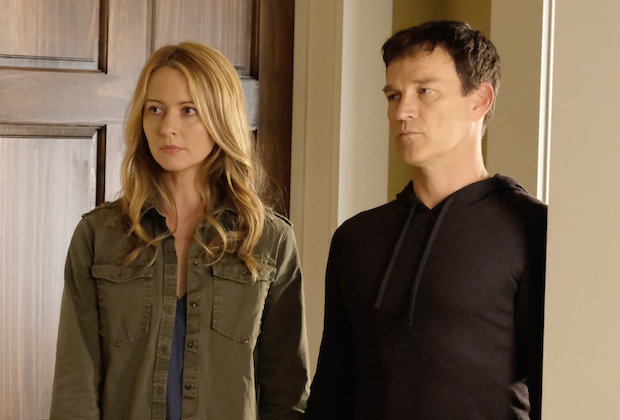 TVLINE | What can we expect from the fall finale (airing Dec. 11)? The synopsis says that Reed (Stephen Moyer) and Caitlin “take matters into their own hands.”
Yeah, Reed and Caitlin are put in a situation we have never seen them in since the pilot. We see them in a very vulnerable, vulnerable, vulnerable situation where they have to fight as humans, and fight for themselves. They’re in the center of this big battle between mutants where everyone else has powers, and all they have is their resilience and their brains to help them through it. 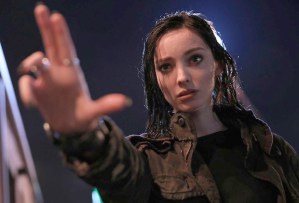 TVLINE | Tell me about the “flick” that you use when Polaris employs her powers. Like, what’s going in your mind? Does she have like an invisible fidget spinner there or…?
Marcos can control photons only through his hands, but Lorna can control magnetism through her entire body — if she was a dork and wanted to, she could use her feet to do her powers. But she chooses to use her hands because they’re what we use in every-day life. Polaris’ [hand gestures] are actually from the comics, from Magneto’s hand gestures. Matt Nix went to a Comic Con in Dallas and met a Magneto and Polaris cosplayers and they were doing this hand gesture and he was like, “What is that with the two fingers up and the thumb out?” They were like, “Oh, it’s what Polaris and Magneto do in the comics.”

TVLINE | It’s badass, but there’s also an elegance to it.
For sure, yeah. And I grew up dancing classical ballet, and if you notice in the comics — X-Men, X-Factor, even her cameos in Hulk and everything else — Polaris is really elegant. I would say that about Scarlet Witch too, if you look at her hand gestures. Polaris is super feminine. She’s a fierce, strong mutant, but her hands always look lovely, even though they’re causing, at times, great destruction. 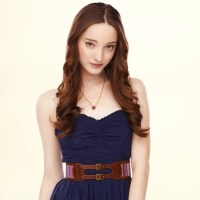 TVLINE | Lastly, if any one of your previous TV roles could have run on longer, which would you choose?
That’s a hard one…. One of them was a Charles Manson follower [on NBC’s Aquarius], so probably not her. She was doing a lot of murdering. And then I played a girl named Melanie in a show called Bunheads, and she was pretty frickin’ adorable. So I’m going to say Mel. She gets my vote!

Want more scoop on The Gifted, or for any other show? Email InsideLine@tvline.com and your question may be answered via Matt’s Inside Line.