CBS must be in a giving mood this holiday season: They just gave two of their primetime series a pair of extra episodes. 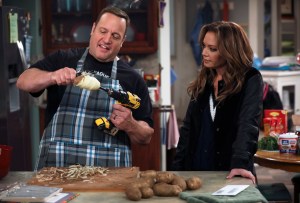 The freshman cop drama S.W.A.T. and the Kevin James sitcom Kevin Can Wait will both get two additional episodes each this season, according to our sister site Deadline. S.W.A.T. — which scored a full-season order of 20 episodes last month — will now run 22 episodes in Season 1, with Kevin Can Wait‘s sophomore season now expanding from 22 to 24 episodes.

Led by Shemar Moore as LAPD tactical unit leader Daniel “Hondo” Harrison, S.W.A.T. is riding high in the ratings after posting best-since-premiere numbers this week with 6.6 million total viewers and a 1.0 demo rating. Kevin took a lot of heat for killing off James’ on-screen wife Erinn Hayes between seasons, but it still delivers the best ratings among CBS’ Monday-night lineup (6.3 million/1.2 this week).

CBS has been shuffling its schedule a lot lately: Just this week, the network gave returning midseason drama Elementary an expanded episode order, gave full-season orders to Man With a Plan and Superior Donuts… and cancelled freshman drama Wisdom of the Crowd in light of the sexual assault allegations against star Jeremy Piven.