Johnny Galecki is making the trek back to Lanford, reprising his role as David Healy in the upcoming Roseanne revival on ABC.

Galecki confirmed the news with an Instagram post on Friday, calling his return “maybe the most surreal experience of my life”:

21 YEARS LATER…! Apart from being born, possibly the most surreal experience of my life. Deep thanks to my Big Bang Theory family for knowing the importance of visiting one’s roots and loaning me out for a quick minute. Much ❤️.

A post shared by Johnny Galecki (@sanctionedjohnnygalecki) on Dec 1, 2017 at 4:48pm PST 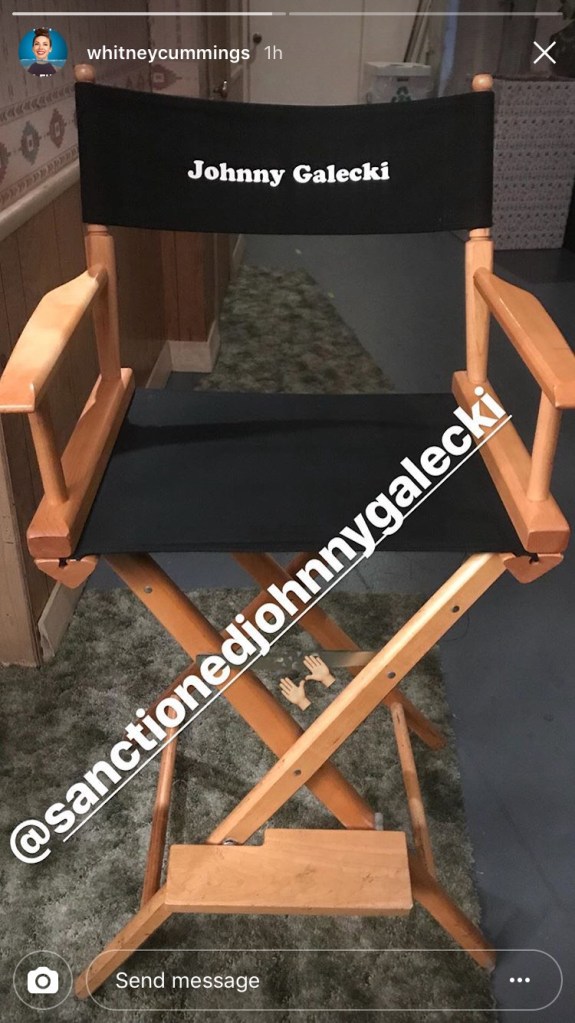 Galecki’s return was first revealed by executive producer Whitney Cummings, who on Thursday night posted an Instagram story featuring the actor’s set chair, with his name printed in the same font as the original show logo.

It is unclear if Galecki is appearing in one or more episodes of Roseanne, which is just two weeks shy of completing production on its nine-episode order. His starring role on CBS’ The Big Bang Theory led to skepticism about his ability to participate at all — but that didn’t stop the revival from casting Darlene and David’s two children: teenage daughter Harris (Shameless‘ Emma Kenney) and eight-year-old son Mark (newcomer Ames McNamara).

Galecki first turned up on Roseanne during Season 4 — not as David, but as Kevin. The character’s name was changed to David in subsequent episodes. He quickly went on to become a series regular, staying with the show until its series finale in 1997.