As previously reported, the Mad Men alum will assume the role of archangel Gabriel. The photo below, released on Thursday, features our first glimpse of Hamm as God’s impeccably dressed messenger. 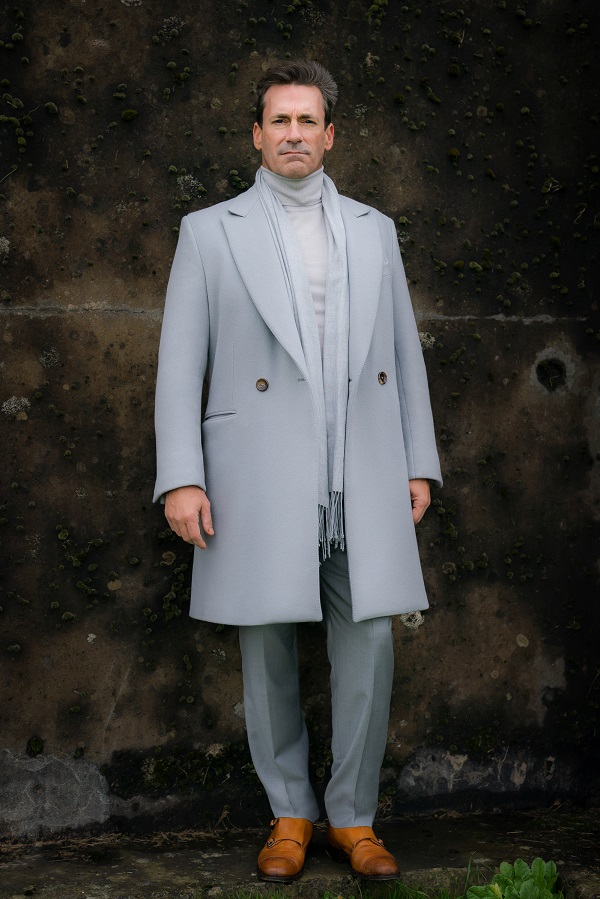 * Fox’s A Christmas Story Live! (airing Sunday, Dec. 17) has cast Ken Jeong (Dr. Ken) as both a Christmas tree salesman and a restaurant owner, and David Alan Grier (The Carmichael Show) as Santa Claus — presumably of the Mall Santa variety. In addition, boy band PRETTYMUCH will perform as the Hohman Indiana carolers.

* CBS has given a straight-to-series order to Blood & Treasure, a 13-episode action-adventure drama about a brilliant antiquities expert and a cunning art thief who team up to catch a ruthless terrorist who funds his attacks through stolen treasure. The show is slated to debut in summer 2019.