This November played host to a pair of DC superhero team-ups — the big screen’s Justice League and TV’s Arrowverse crossover. Which proved to be most super? 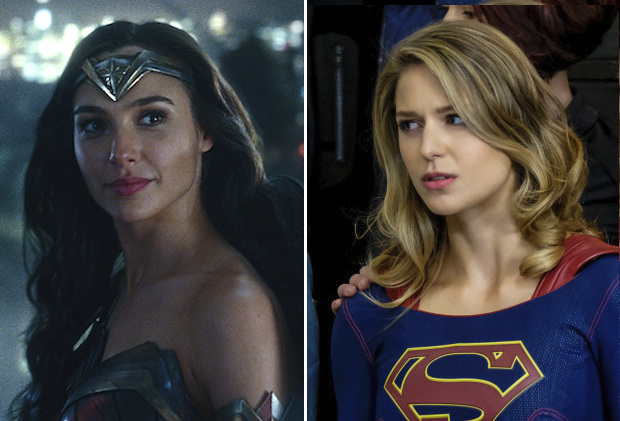 Justice League of course is a massive franchise film that cost a reported $300 million to make, and runs 120 minutes. The CW’s “Crisis on Earth-X” event meanwhile spanned about 160 total minutes across four episodes and cost… a whole lot less. (In general, an hour-long TV drama on the high side carries a $5 million price tag. And keep in mind, this is The CW.)

How did Green Arrow, The Flash, Supergirl, White Canary and their friends’ battle with Nazi doppelgangers stack up against Batman, Wonder Woman, Aquaman, The Flash and Cyborg’s clash with world conqueror Steppenwolf? BEWARE OF FULL SPOILERS for both the TV crossover and the movie, review our photo gallery (click here for direct access) and then share your own comparison.