How far would you go to protect your child? That’s the million-dollar question in the latest trailer for Black Mirror Season 4, which highlights the Jodie Foster-directed episode “Arkangel.” 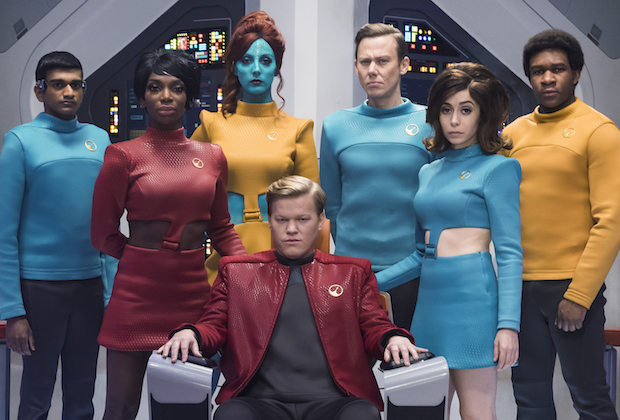 The clip features Rosemarie Dewitt (Mad Men) as an overprotective mother who goes to extreme lengths to keep her daughter safe after a momentary scare at a park. This involves enrolling her kid in some cryptic “trial period.” What that entails is unclear, but there’s a procedure involving a giant needle (yikes!).

If that’s not enough to make your skin crawl, the look on the toddler’s face after her mom comes across some particularly disturbing drawings should do the trick.

In addition to the trailer, Netflix has also revealed a poster for the episode, including the tagline “Mother will protect you” (as seen below).

Netflix has not yet disclosed a premiere date for Season 4. Back in September, the streamer released an initial teaser, disclosing all six upcoming episode titles (which you can watch here.)

Press PLAY on the trailer above.

The key to good parenting. pic.twitter.com/J97Ij0u9jc