Actor and singer David Cassidy, who rose to fame as Keith Partridge in the classic ’70s series The Partridge Family, has died of organ failure. He was 67 years old.

He passed away on Tuesday surrounded by his family, his publicist JoAnn Geffen confirmed to Variety: “On behalf of the entire Cassidy family, it is with great sadness that we announce the passing of our father, our uncle, and our dear brother, David Cassidy. David died surrounded by those he loved, with joy in his heart and free from the pain that had gripped him for so long. Thank you for the abundance and support you have shown him these many years.”

According to TMZ, Cassidy was first admitted to a hospital in Florida on Nov. 15. Earlier this year, he revealed he was battling dementia, and announced he would stop touring to concentrate on his health. 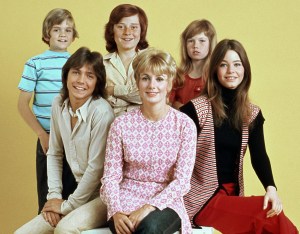 Cassidy starred alongside real-life stepmother Shirley Jones on The Partridge Family, which ran for a total of 96 episodes between 1970 and 1974 on ABC. The TV-family band put out 10 platinum-selling albums during the series’ run. Among their biggest hits was “I Think I Love You,” which climbed to the top of the Billboard Hot 100 chart in November 1970.

Cassidy also found success as a solo artist — though he struggled to shed his teen idol image. His hits included “Cherish” and “I Write the Songs,” the latter of which was eventually rerecorded and popularized by Barry Manilow. Cassidy continued to chart well into the 1990s with tracks including “Lyin’ to Myself” and “No Bridge I Wouldn’t Cross.”

In 1978, Cassidy received an Emmy nomination for his guest-starring role in Police Story, playing Officer Dan Shay. That led to his own cop show vehicle, the short-lived David Cassidy: Man Undercover, which was cancelled in 1979. Additional guest credits included The Love Boat, Fantasy Island, Alfred Hitchcock Presents, The Flash (1991), The John Larroquette Show, Malcolm in the Middle and Less Than Perfect. 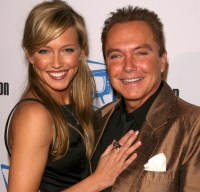 In 2009, Cassidy was a series regular on the short-lived ABC Family sitcom Ruby & the Rockits, co-created by his half-brother Shaun Cassidy. His most recent acting credit is a 2013 episode of CSI: Crime Scene Investigation.