Chicago Med won’t waste any time revealing Dr. Charles’ fate during Tuesday’s Season 3 premiere (NBC, 10/9c), and in doing so, it will welcome a familiar face from its departed sister show.

“We start the season with a big court case that has to do with what happened to Charles, and we’ll see Philip Winchester back [as Assistant State’s Attorney Peter Stone] from [Chicago] Justice,” Nick Gehlfuss, who plays Dr. Will Halstead, tells TVLine. 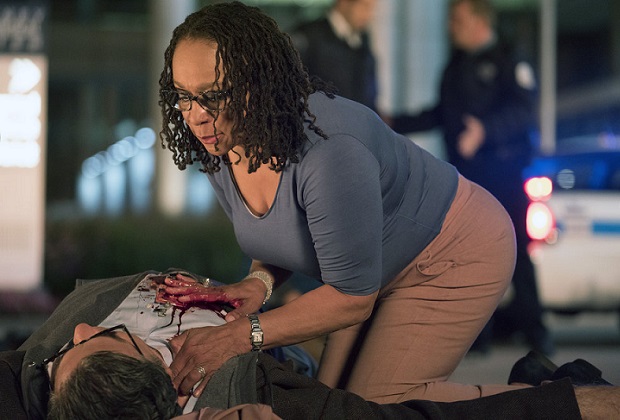 Last May’s violent cliffhanger throws everyone in the hospital into turmoil, as they each cope in their own way. “People deal with trauma in very different ways, depending on where they are and what they’ve experienced,” Brian Tee (Dr. Ethan Choi) notes. “So I think each [character] takes on a different archetype of sorts [in] the aftermath of Dr. Charles being shot. Some will take it emotionally, some will take it professionally.”

And no one is more affected by the incident than Dr. Sarah Reese, who finds herself questioning her mentor Dr. Charles’ choices. According to Rachel DiPillo, it’s the “perfect timing for such a polarizing event to be thrown into” the dynamic between the young doc and her mentor. “It digs up and unearths a lot of what is substantive there, and creates a lot of chaos, too,” DiPillo teases.

WILL/NATALIE | Will “Manstead” finally make a go of it, following that loaded moment they shared at Noah’s graduation party? At the start of the new season, both docs are single and haven’t seen each other in a while. “Natalie had a sabbatical over the summer,” Gehlfuss reveals. “She comes back… and automatically, Will and Natalie start working on a case together. They work with this married couple that was in a bad car accident. They were in an argument, and then they got into an accident, so there were some things they didn’t get to say to each other. As always, the characters learn from the patients.” 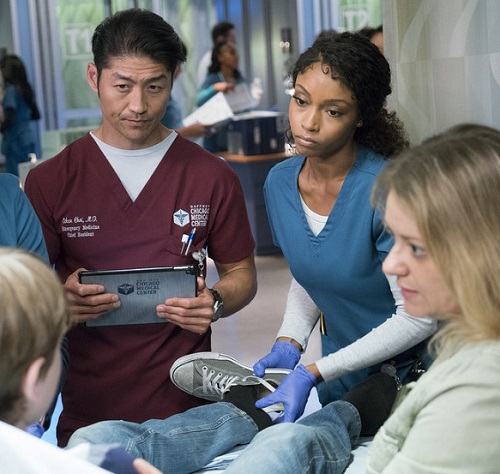 ETHAN/APRIL | The newest potential Med romance will face “a lot of complications” given that the pair also works together, Tee shares. Adds Yaya DaCosta: “They’re really just navigating [the balance] between work and play.” At least they don’t have to worry about April’s heath. “Everything is actually really good,” despite the nurse’s TB diagnosis last season, DaCosta assures us. “It was really stressful, and unfortunately, it took a long time to recover from the miscarriage, but those harsh meds sure did work, and she’s better now.”

CONNOR/ROBIN | It’s no secret that Mekia Cox, who plays Robin, is now a series regular on ABC’s Once Upon a Time. So what does the future hold for Connor and Dr. Charles’ daughter? “This first part of the season really deals with” the confusing dynamic between the twosome, star Colin Donnell says. “They’ve been trying to foster a real romantic relationship, but at the same time, they’re sort of forced into this dual role of caretaker and patient” as a result of her illness. Unsurprisingly, the difficult situation “does start to take its toll” on the couple, Donnell hints.

Med fans, what are you most looking forward to in Season 3? Hit the comments with your thoughts!