Twenty-five years after The Bodyguard hit theaters, Christina Aguilera and the American Music Awards paid tribute to the Oscar-nominated film — and the late, great singer whose music made it an instant classic. 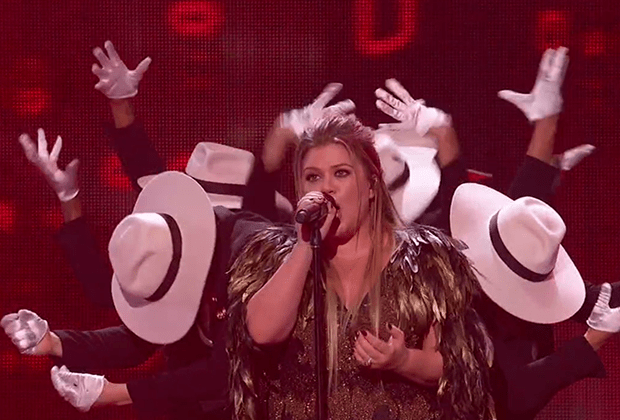 Aguilera’s homage to Whitney Houston went down during Sunday’s ceremony at Los Angeles’ Microsoft Theater, where the on-hiatus Voice coach took to the stage to perform a medley of timeless hits from the movie.

“The movie has become iconic thanks to its soundtrack,” Viola Davis said while introducing Aguilera. “What a voice Whitney had, what an artist. Whitney received 21 AMAs, the most of any female artist in history. Tonight, we pay tribute to Whitney and the enduring history of The Bodyguard.”

.@violadavis gets the crowd ready for a MOVING & ICONIC performance by @xtina! 💕 #WHITNEYxCHRISTINA pic.twitter.com/buCxhZID6L

–
Watch footage of Aguilera’s medley — including “I Will Always Love You” and “I Have Nothing” — below (which will be replaced by an official video when it becomes available):

–
Did Aguilera do Houston and The Bodyguard justice? Grade her tribute below, then drop a comment with your full review.