A former Mad Men writer who alleged that series creator Matthew Weiner sexually harassed her early into the AMC drama’s run is getting a high-profile supporter. Prolific TV producer Marti Noxon (Buffy, UnREAL), who served as a consultant on the Emmy-winning series during Seasons 2 and 3, corroborated accusations lodged by Kater Gordon on Friday in a series of tweets.

“About a week ago Kater Gordon, a young female writer who worked on Mad Men, bravely came forward with her account of being sexual harassed by Matt Weiner,” Noxon began. “While sharing writing duties with him, she recalls that he causally mentioned something to the effect of ;You owe it to me to show me your naked body.’ I believe her. I was at work with her the day after what she described transpired. I remember clearly how shaken and subdued Kater was — and continued to be from that day on.”

Noxon went on to describe Weiner as both “devilishly clever and witty,” but also “in the words of one of his colleagues, an ’emotional terrorist’ who will badger, seduce and even tantrum in an attempt to get his needs met.'” 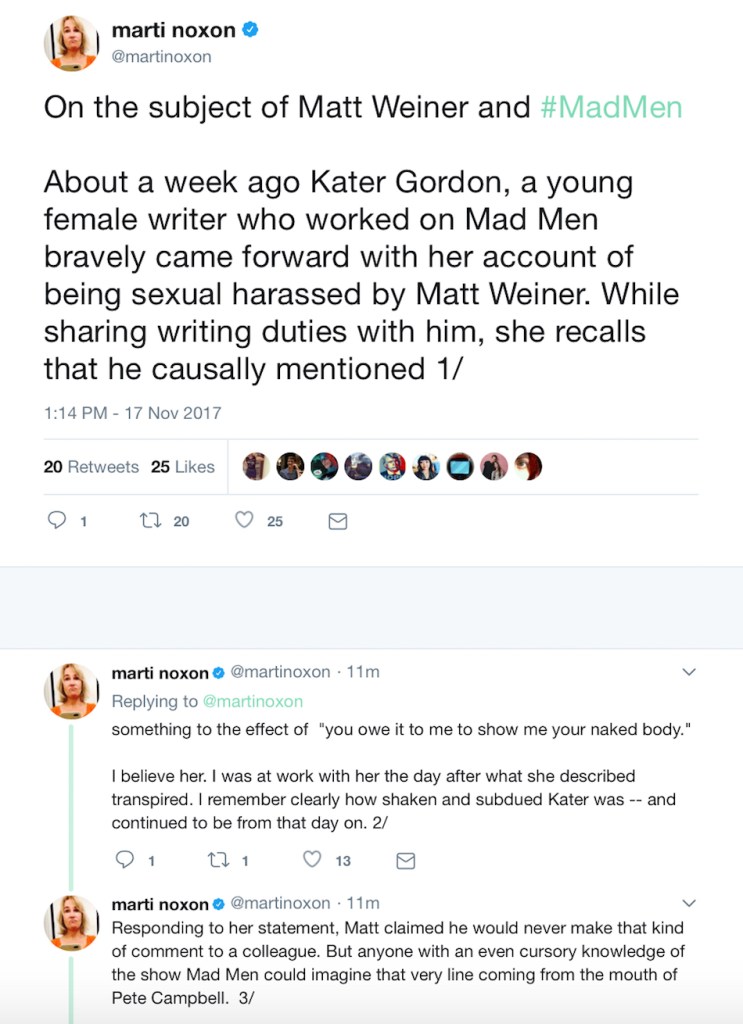 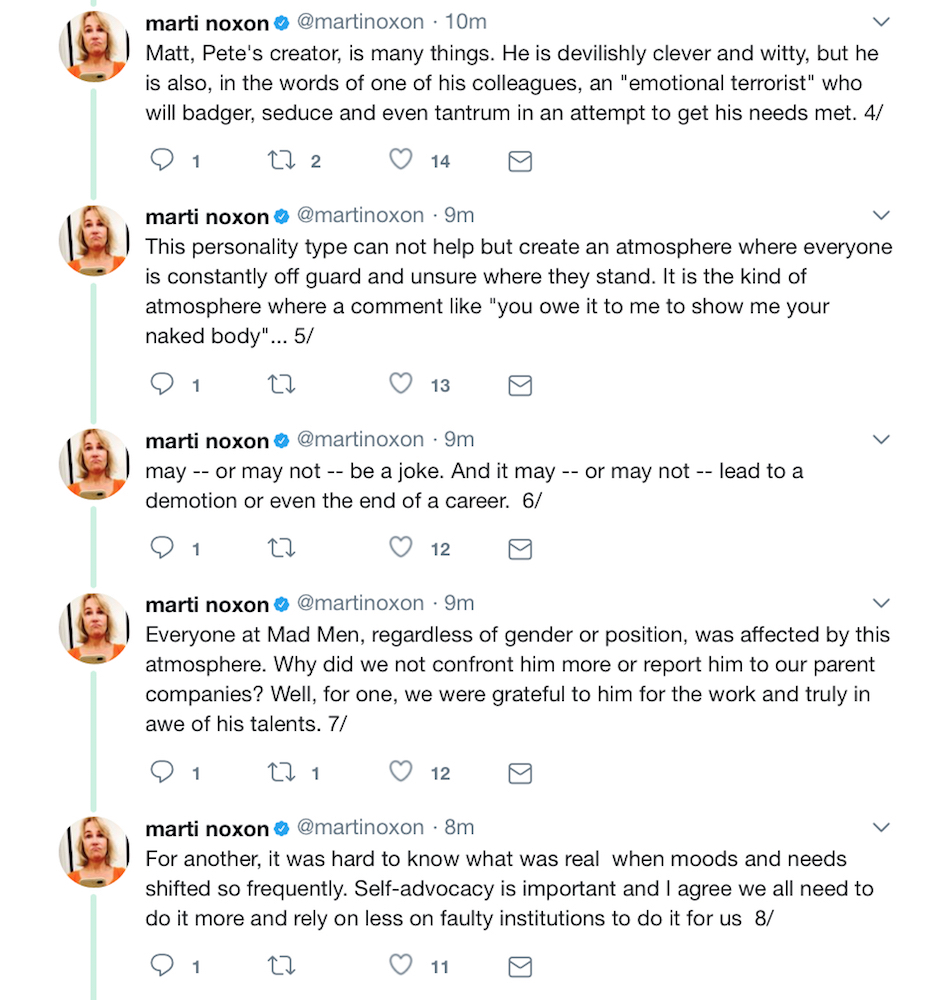 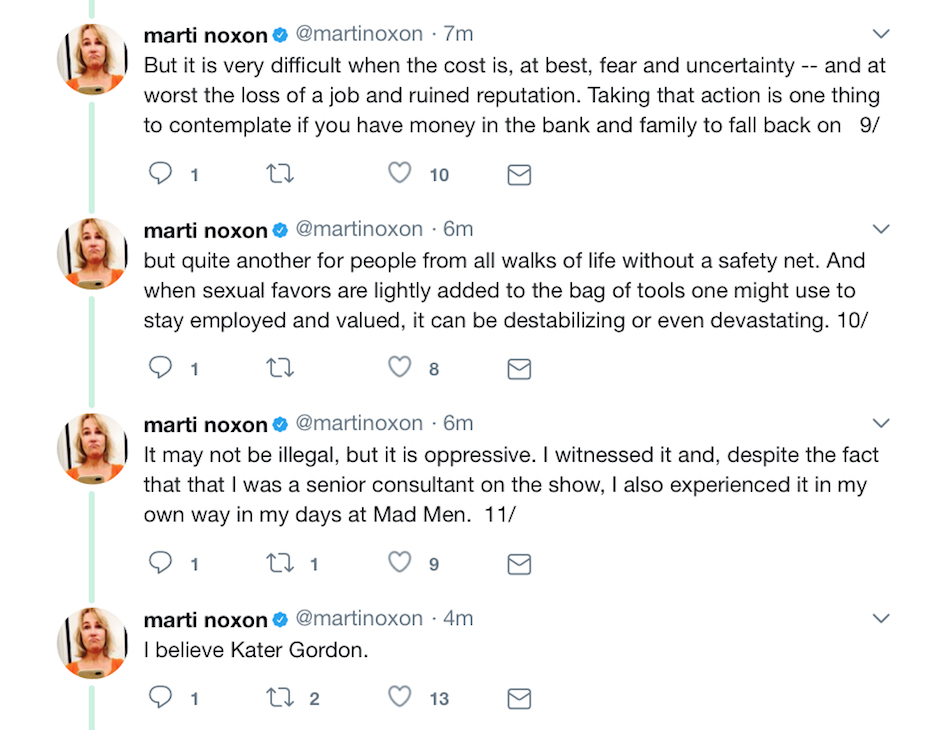