It’s easy to dismiss sensational headlines but harder to ignore the faces of the people involved in those stories, a point the new trailer for Showtime’s The Chi makes by immersing viewers in the vivid experiences of those living on the South Side of Chicago.

The drama from Lena Waithe (Master of None), Common (Selma, Hell on Wheels) and Elwood Reid (The Bridge) is a coming-of-age tale that follows a group of South Side residents “who become linked by coincidence but bonded by the need for connection and redemption,” according to the official logline. The ensemble cast includes Alex Hibbert (Moonlight), Tiffany Boone (The Following), Jason Mitchell (Straight Outta Compton), Armando Riesco (Bull), Ntare Guma Mbaho Mwine (The Knick), Jacob Latimore (The Maze Runner) and Yolonda Ross (Treme).

The two-and-a-half-minute preview offers glimpses into the group’s complicated lives, including moments of extreme sadness, such as when a woman lashes out in grief at someone in a morgue, and comedy, like when Ross’ Jada correctly guesses that son Emmett (played by Latimore) has a girl hiding under his bed and invites the girl to stay for breakfast.

Press PLAY on the video above to visit The Chi, check out the official poster below, then hit the comments: What are your first thoughts about the pedigreed new series? 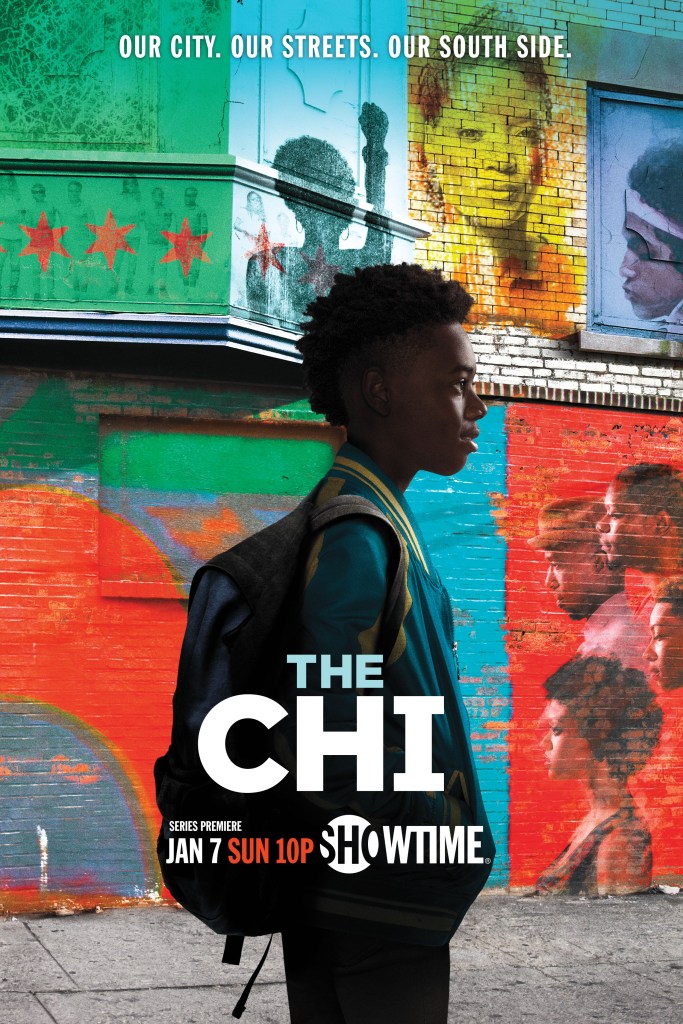