Four years after Family Guy temporarily killed off Brian, the Fox comedy is serving up another multi-episode storyline at the expense of the Griffins’ pet.

If you missed Sunday’s episode, the Griffins became social pariahs after one of Brian’s offensive tweets went viral, forcing them to kick him out of the house. With no vacancies in any decent part of town, Brian took refuge in one of Quahog’s sketchier neighborhoods, where he ended the episode sad and alone. (See the above photo for evidence.)

But the next few weeks won’t be a total bummer for ol’ Brian. The Nov. 19 episode (9/8c) finds him working at a suicide hotline, where he may strike up a romance with his new co-worker (voiced by Kristen Bell). Check out an exclusive first look at one of their encounters below: 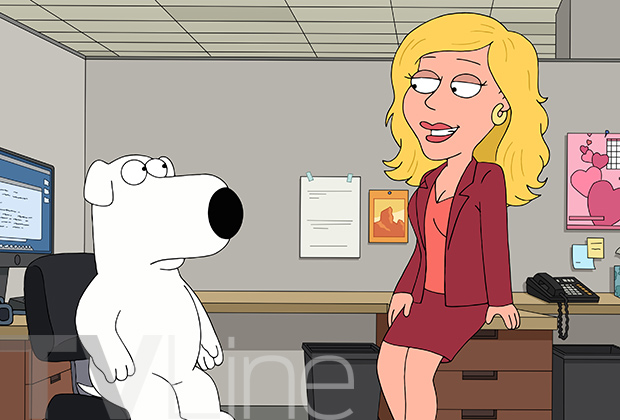 Your thoughts on Brian’s temporary ousting? Drop ’em in a comment below.