CBS is pulling rookie sitcom Me, Myself & I off the air after six low-rated episodes, TVLine has learned. The new Monday entry starring Bobby Moynihan, John Larroquette and Jack Dylan Grazer premiered in September to 7.5 million total viewers and a 1.6 demo rating, but at last tally delivered under 4 mil with a 0.7 — placing last for the night among CBS’ new Monday sitcom block. 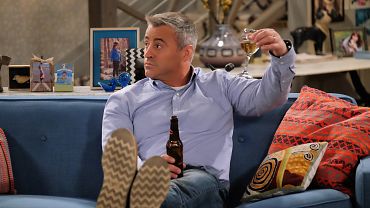 According to CBS, Me, Myself & I “will return to the schedule at a later date.” (The series will remain in production, fulfilling its initial 13-episode order.)

Freshman comedy 9JKL shifts to 9:30 pm on Nov. 6, replacing Me Myself & I. A Big Bang encore will air at 8:30 that night in its place. Then beginning Nov. 13, Man With a Plan will come off the bench and kick off its second season in the now-vacant 8:30 time slot.

Here’s how CBS’ revised Monday schedule will look as of Nov. 13: