Halloween 2017 is finally upon us, and we’re celebrating its arrival with one of the internet’s most time-honored (and spookiest) traditions: a who-wore-it-better contest! 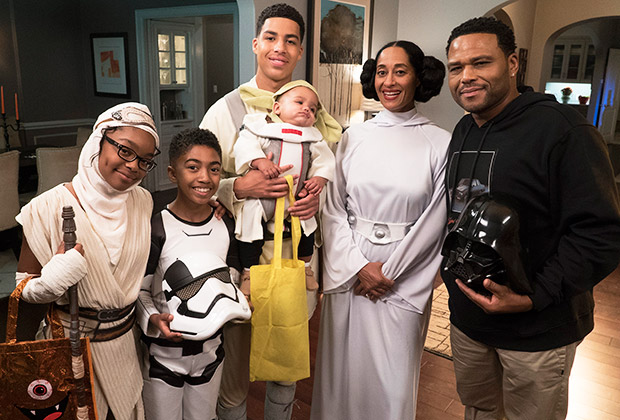 From cute (Stranger Things‘ Ghostbusters) to crude (The Mick‘s sexy Steve Jobs), simple (South Park‘s witches) to cerebral (Bob’s Burgers‘ Cher-iff), TVLine has assembled 14 unforgettable costumes from this year’s crop of Halloween episodes — including one that moves with such hypnotic grace, we had to gif it.

A few quick things before we begin:

1. In order to be eligible for our contest, a character’s costume needed to be worn specifically for Halloween. (That means none of Empire‘s Prince costumes, which were worn for a birthday party, qualified this year.)

2. Additionally, year-round disguises — here’s looking at you, DC superheroes! — never count as Halloween costumes. (But, you know, thanks for keeping our cities safe and whatnot. Much appreciated.)

3. We considered drug testing all of our applicants, but that would have eliminated far too many of them.

Browse our gallery of characters in costume — you can click here for direct access — then vote for your favorite below and drop a comment with your rationale.