Supernatural‘s Dean may have more in common with Lucifer’s offspring Jack than the hunter would like to admit, and we’re not talking about both fellas’ penchant for devouring their food.

Although the elder Winchester would like nothing more than to wipe Satan’s spawn off the face of Earth, the two share “the commonality of loss,” notes new series regular Alexander Calvert, who plays Jack. After all, Dean recently lost his mom Mary and his friend Castiel, while Jack never even had the chance to get to know his chosen father Cas before he died. “That’s a big similarity that both Jack and Dean have,” so it’s not just Sam — who once battled his own dark urges — with whom Jack shares some traits, Calvert says. 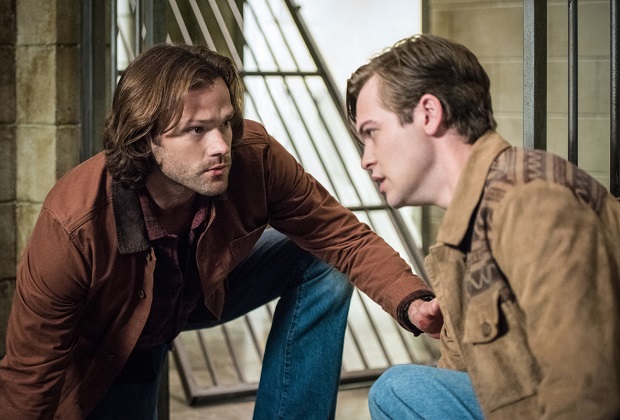 “There’s some nice moments coming up where I can see myself in Sam, and then there’s also moments where I see myself in Dean,” the actor shares.

Below, Calvert also previews Jack’s “otherworldly, profound connection” with Castiel, and reveals how stars Jensen Ackles and Jared Padalecki welcomed him into the show’s ensemble.

TVLINE | You’re coming into the show in Season 13, when the cast has pretty much established their dynamics. I hear Jared and Jensen have been giving you a good ribbing. Did that help you feel like you fit in?
They have a really well-oiled machine. The cast and crew, obviously, are great to work with. The machine works really well. I just want to be effective in that. That being said, I’ve been, definitely, the object of some pranks, and I’ve ruined a couple takes laughing.

TVLINE | Any particularly memorable pranks stand out for you?
If it’s during my coverage, Jared will do anything in his power to try and make me crack up, and he succeeds a lot of the time. I’m like, “The editors are amazing.”

TVLINE | I think they’re used to it, judging by the gag reels from the past 12 seasons.
I did watch the gag reels. I’m like, “OK, I’ll be in good company.” So that’s reassuring.

TVLINE | In the last episode, Dean very bluntly told Jack, “If I’m right, and it comes to killing you, I’ll be the one to do it.” How does Jack handle that, going forward?
I think he’s aware of Dean’s volatility and commitment. Both [of] the Winchesters have seen so much that Dean’s definitely a threat in Jack’s life. But at the same time, Sam and Dean are both his parental figures, so there aren’t many places for him to go. He’s striking a balance between Sam and Dean, Sam being the more compassionate one, and Dean definitely being way more cutthroat. 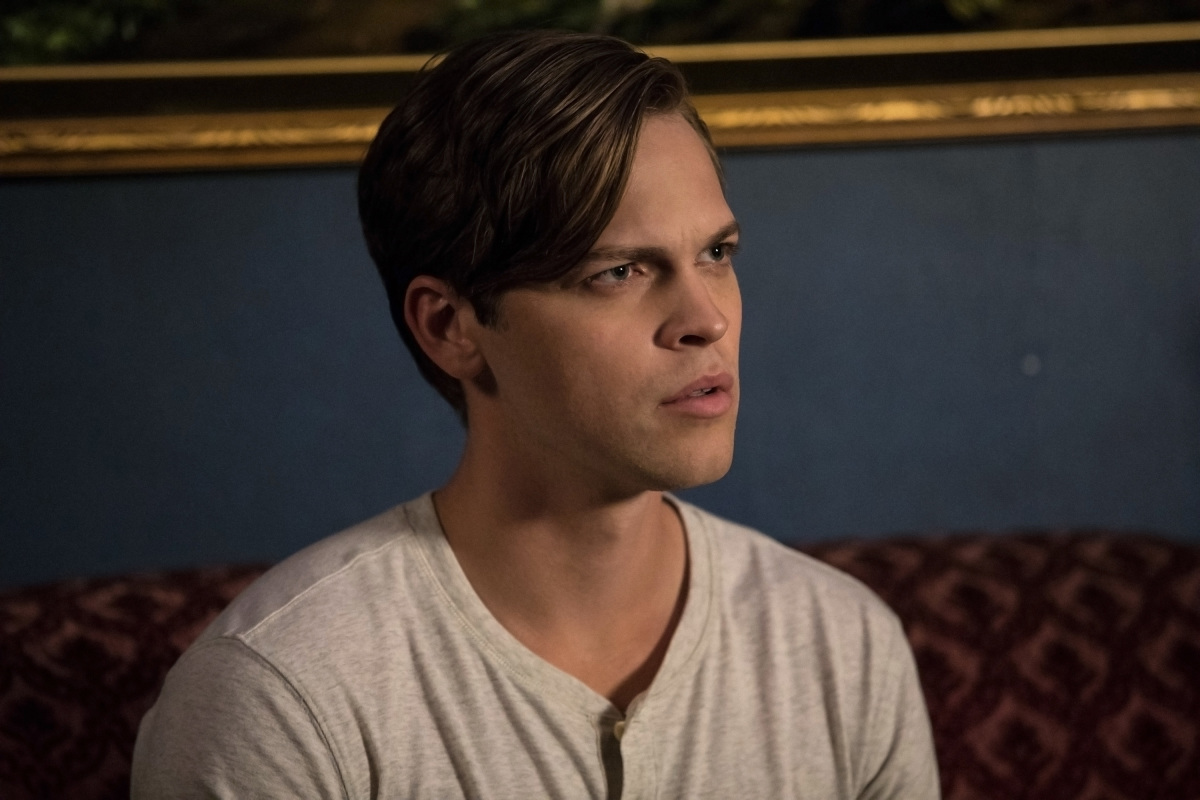 TVLINE | Jack is quite powerful, but is there a part of him that’s afraid of Dean?
Absolutely. Yeah, for sure. Again, Dean’s seen a lot. With the loss of his mom, the loss of Castiel, he’s really at the end of his rope, I feel like. So as much as Jack has these powers, he’s still a little kid, and having someone [around] like that is quite scary.

TVLINE | As Jack finds out more information about Lucifer, what are his feelings on him?
It’s tough to say, because there’s a recognition that he’s capable of evil and hurting people, which is a kind of a terrible realization. [Laughs] So there’s that. But there’s also hope on the other side of it with his other parental figures in his life, with Sam and Dean, [and] hope for Castiel as well.

TVLINE | Does Jack have any sort of psychic bond or connection to Lucifer? Is that one of his abilities?
Anything’s possible. Not at this point, that I know of. What I do know is that he and Castiel do have an otherworldly, profound connection. Their connection, I think, will transcend worlds, and what’s really cool about this season is the introduction of other worlds.

Supernatural airs Thursdays at 8/7c on The CW.