Disney is booking a return trip to San Fransokyo next month.

Big Hero 6 The Series, based on the 2014 movie of the same name, will begin Monday, Nov. 20 (8/7c) with Baymax Returns, a one-hour TV movie airing simultaneously on Disney Channel and Disney XD.

Per the official announcement — which contains a pretty big spoiler if you haven’t seen Big Hero 6 — here’s how Disney is setting up the new series:

Set in the fictional city of San Fransokyo, “Baymax Returns” explores the moment in Walt Disney Animation Studios’ Academy Award-winning feature film after Hiro believes that his compassionate, cutting-edge robot Baymax is lost in the portal forever and discovers the chip his brother Tadashi designed to create Baymax. 14-year-old tech genius Hiro begins school as the new prodigy at San Fransokyo Institute of Technology and sets off to rebuild Baymax, but his overconfidence and penchant for taking shortcuts leads him and the newly minted Big Hero 6 team – Wasabi, Honey Lemon, Go Go and Fred – into trouble.

–
Following the premiere of Baymax Returns, two full-length preview episodes of Big Hero 6 The Series will be available to stream on the DisneyNOW app and Disney XD On Demand. New episodes will air weekly on Disney XD beginning in early 2018.

Check out the official poster for Baymax Returns below, then drop a comment with your thoughts. 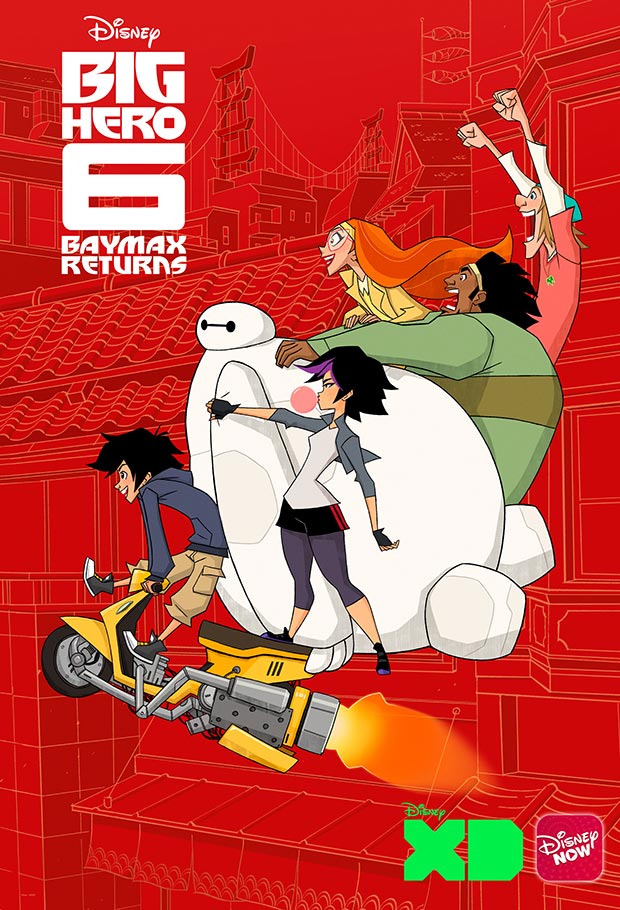