Now here’s something we all saw coming: Disney Channel is extending the run of Raven’s Home with a Season 2 renewal, TVLine has learned.

A spinoff of That’s So Raven, which ran from 2003 to 2007 on Disney Channel, Raven’s Home follows Raven Baxter (played by Raven-Symoné) and Chelsea Daniels (Anneliese van der Pol), now divorced single mothers raising their children under one roof.

As if Chelsea’s son Levi (Jason Maybaum) and Raven’s daughter Nia (Navia Ziraili Robinson) weren’t enough, they also have to keep a watchful eye on Raven’s son Booker (Issac Ryan Brown), who has inherited his mother’s power of premonition.

And while we’re looking into the future, here’s an exclusive shot from Friday’s episode (8/7c), in which Booker and Levi surprise their moms with tickets to a La Dee Da concert — you know, because Boyz N Motion is so 2006: 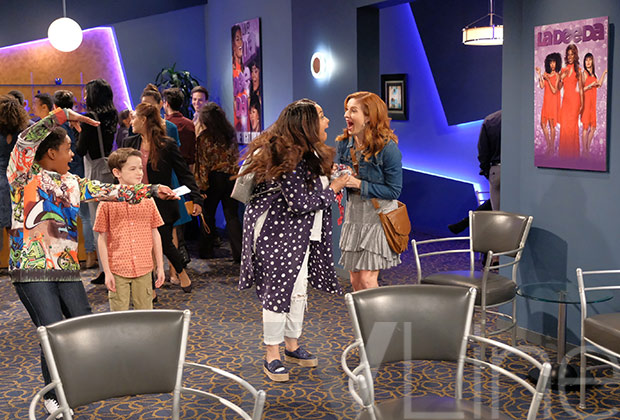 Are you pumped for more Raven’s Home? Drop a comment with your thoughts on the renewal below.