Constantine is getting resurrected, and we’ve got your first look at Matt Ryan’s demon hunter in all his animated glory for the CW Seed offshoot.

Live-action series star Ryan — who played the character on the short-lived NBC drama, and then reprised his role on The CW’s Arrow — returns to voice the DC Comics hero.

“Armed with an arcane knowledge of the dark arts and a wicked wit, he fights the good fight,” reads the official show description. “With his soul already damned to hell, he’ll do whatever it takes to protect the innocent. With the balance of good and evil on the line‎, Constantine uses his skills to face the supernatural terrors that threaten our world and send them back where they belong. After that, who knows… maybe there’s hope for him and his soul after all.”

The animated Constantine — written by J.M. DeMatteis (Justice League Dark, Batman vs. Robin) and executive-produced by David S. Goyer (The Dark Knight trilogy) and the Arrowverse’s Greg Berlanti and Sarah Schechter — is slated to debut on The CW’s digital arm CW Seed in early 2018. But if you’re at New York Comic Con this Sunday, you can catch a three-minute sneak peek at the start of Warner Bros. Television’s programming block in the Hammerstein Ballroom at 2 pm. (The web series is produced by Warner Bros.’ digital production studio Blue Ribbon Content.)

Check out the key art below, then hit the comments with your thoughts on the latest incarnation of the demon hunter. 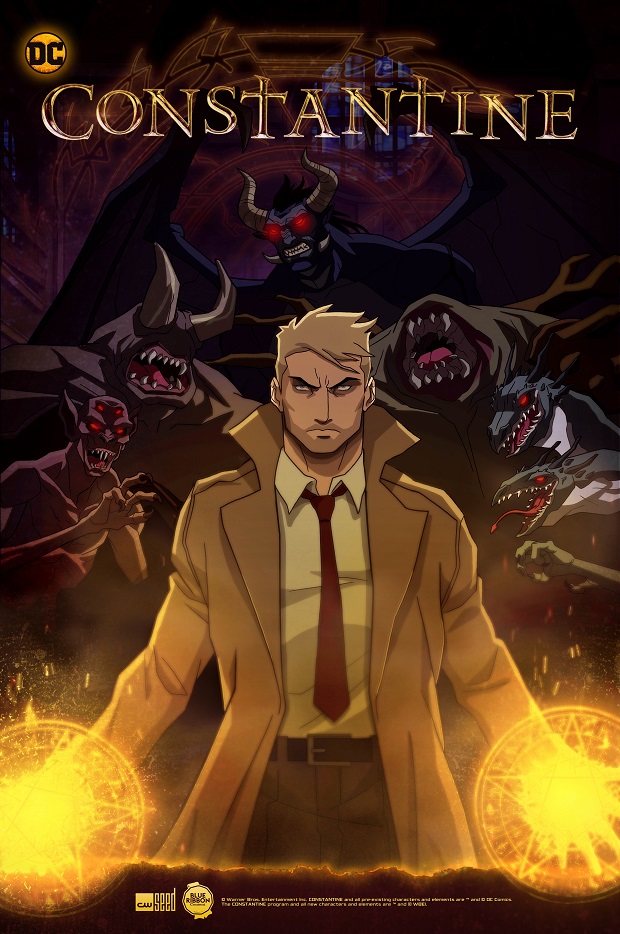