Am I grading too easily? Getting ready to recap Night 2 of The Voice’s Season 13 Blind Auditions, I realized that, during Night 1, I had given out a whopping five A-minuses, which seems kinda ridiculous in retrospect. I mean, was Esera Tuaolo, for instance, really that good? Or was there just technically nothing wrong with his performance, so I couldn’t find anything to dock him for? If I don’t immediately want to throw a shoe at a singer — or at least download their cover song — were they truly A-worthy? Though Dave Crosby might disagree, I think I’m going to have to toughen the hell up. Read on, and we’ll see if I pull it off or if I keep doing out A’s like they were Certificates of Participation.

Keisha Renee (Team Blake), “I Can’t Stop Loving You” — Grade: B- | I know the song’s a classic, but I’ll be damned if I can hear it without thinking “cruise-ship karaoke” — apparently even when it’s sung as nicely as Keisha sang it. The coaches went nuts for her gospel-meets-country rendition, and there wasn’t anything “wrong” with it per se, but there was also nothing about it that made me curious to hear more from her. It was the equivalent of a plate of good-enough food that I finished but wouldn’t go back for seconds of.

Maharasyi (Team Jennifer), “Tell Me Something Good” — Grade: C+ | Not sure if the Chaka Khan smash was the best possible song choice for this wedding singer, who’d already had a recording career underway in Indonesia; she seemed to struggle with her lower register a little and shied away from the song’s intimidating last note for fear that she wouldn’t hit it. She definitely had some power to her voice, but it was unclear whether she really knew how to harness it. To be continued… 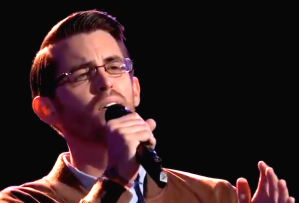 Dylan Gerard (Team Adam), “Say You Won’t Let Go” — Grade: C | File this performance under “That was OK… but just OK.” And it didn’t have to be “just OK,” either. After being coached by Jennifer Hudson following his performance, the Clark Kent lookalike was able to capitalize on the appealing ache in his voice by changing the key in which he sang, and suddenly, he sounded significantly better. Which only made it a bigger head-scratcher that he turned around and chose to join Adam Levine’s team.

Red Marlow (Team Blake), “Swingin'” — Grade: B- | “Country as cornbread,” this Nashville demo singer was kept hanging on by the coaches till nearly the end of his song before he got any chair turns. Maybe that was because, while his performance was fine, it wasn’t fine and dandy. I wouldn’t have changed the channel if it came on the radio or anything like that, but I for sure wouldn’t have listened extra close to find out from the DJ who the singer was. 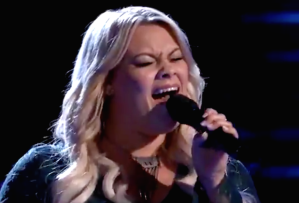 Ashland Craft (Team Miley), “You Are My Sunshine” — Grade: A | Singing the sweet song in the gritty style of Chris Stapleton, Ashland showed off the kinda raspy, powerful voice that — finally! — was gonna send me to iTunes to download a song from this season. Forget all those A-minuses that I gave out Monday, this young woman is Season 13’s first real contender. Pow. Er. House.

So, who did you think gave the night’s most promising performance? Pick your favorite in the poll below, then hit the comments.