Hail to the… prospective TV producer?

Showtime announced on Friday that it has acquired the rights to adapt into a series The President Is Missing, an upcoming novel by President Bill Clinton and bestselling author James Patterson. 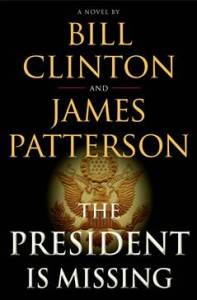 In the book (eyed for a June 2018 release), Clinton and Patterson tell the (fictional!) story of a sitting U.S. president’s disappearance, “with the level of detail that only someone who has held the office can know – generating a powerful, one-of-a-kind thriller.”

“I’m really enjoying writing this book and working with Jim,” President Clinton said in a statement. “And I can’t wait to see Showtime bring the characters to life.”

Showtime landed the rights after what is said to be a heated bidding situation that found the ex-POTUS and Patterson taking no fewer than 16 meetings in Hollywood. CBS CEO Leslie Moonves, who has a longstanding relationship with Clinton, helped the company’s premium cable outlet secure the major get.

“Bringing The President Is Missing to Showtime is a coup of the highest order,” Showtime Networks president David Nevins said. “The pairing of President Clinton with fiction’s most gripping storyteller promises a kinetic experience, one that the book world has salivated over for months and that now will dovetail perfectly into a politically relevant, character-based action series for our network.”

“The White House is such an exciting world to explore and is made even more so with the unique insights of a former President,” said Patterson. “Rich storytelling opportunities for this series abound.”