We’ve got questions, and you’ve (maybe) got answers! With another week of TV gone by, we’re lobbing queries left and right about shows including The Strain, Ray Donovan, American Ninja Warrior and The Good Place! 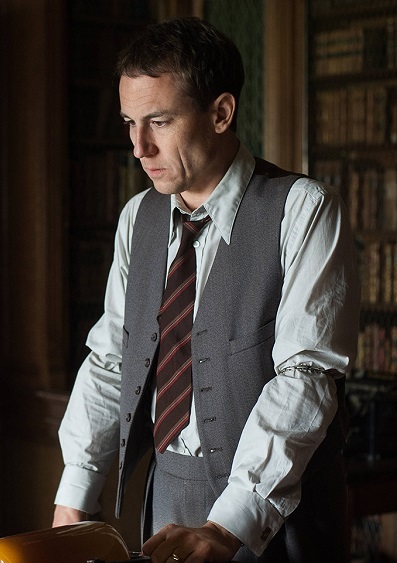 1 | Outlander readers: Isn’t the Starz series making you feel all sorts of bad for Frank in a way the books didn’t?

2 | Now that The Strain has wrapped its four-season run, we must ask: Was Gus’ storyline ever interesting? (Let alone critical?) And did Zach’s final, selfless act make up for the seasons of utter awfulness that preceded it?

3 | Did The Deuce‘s potato-soup moment make you laugh or gag?

4 | What was the fake trawler captain’s plan on The Last Ship? To slip and slide around on the storm-tossed Nathan James‘ deck, precariously holding The Seeds’ slick glass canister in his bare hands — not secured in a satchel or anything — until Fletch maybe showed up? (Also, does anyone else picture Chevy Chase’s wisecracking movie sleuth every time someone says “Fletch”?)

5 | Any other Ray Donovan fans finding themselves fast-forwarding through this season’s Hollywood-themed B-story to get to the far more compelling Abby/cancer-themed A-story?

6 | Was the Emmys’ attempt at “normalizing” Sean “Hitler Didn’t Use Chemical Weapons” Spicer A) on par with, B) worse than or C) not nearly as egregious as Jimmy Fallon’s infamous tousling of Trump’s hair? And we shouldn’t waste our time penning another think piece about why it would behoove Julia Louis-Dreyfus to bow out of next year’s Emmy race, right? 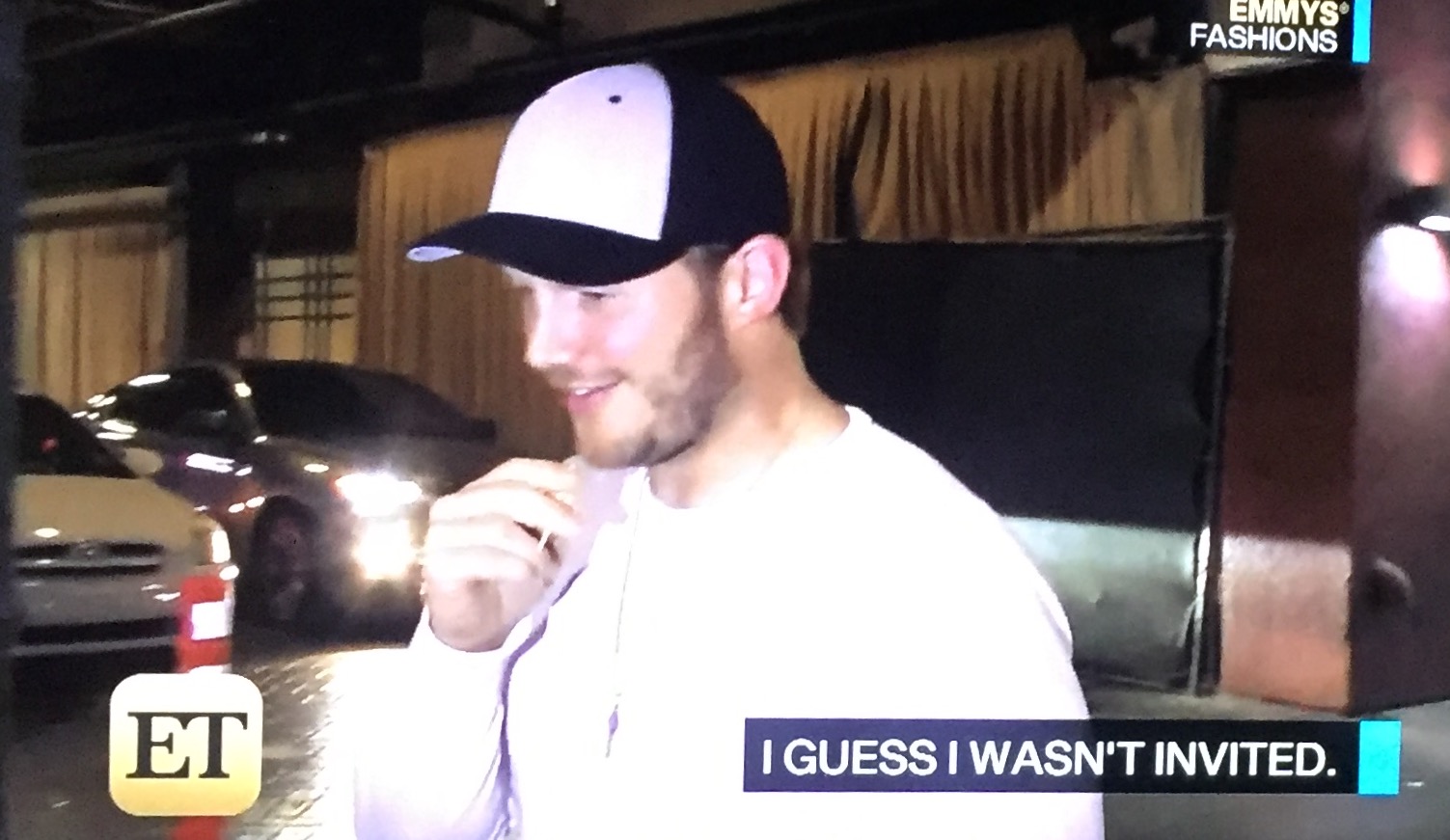 8 | Which American Ninja Warrior’s fall during the finale episode was most crushing?

9 | In the Midnight, Texas finale, shouldn’t the evil wraiths, like, tried to have moved when Manfred’s gang was coming at them with consecrated weapons? (Was the CGI required to make them move too costly?) And was it clunky how during the closing clash, Colcannar went from looking rugged and lava-like to basically a dude in a red bodysuit?

10 | Did So You Think You Can Dance judge Vanessa Hudgens ruin a very sweet moment — Jenna Johnson getting emotional about her partner, Kiki Nyemchek — by awkwardly shouting, “It’s love!” from the judges’ dais? (Especially when those two are not in a relationship?)

11 | Should Dancing With the Stars perhaps mute Debbie Gibson’s microphone when she’s getting critiqued by the judges? And on a scale of 1 to 10, how uncomfortable did Barbara Corcoran make you every time she drooled over her partner’s good looks?

12 | Which Difficult People ayahuasca-induced hallucination did you find most amusing? And does Billy’s move to Los Angeles, coupled with the fact that Hulu has not yet renewed the comedy for Season 4, give anyone else the sense that next Tuesday’s season finale might double as a series finale? 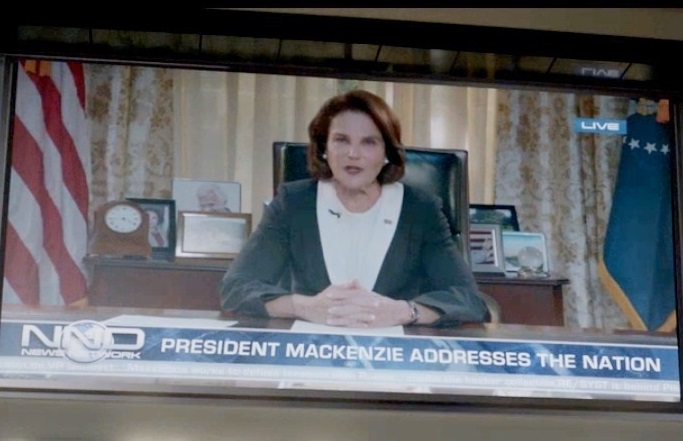 13 | Wouldn’t this TV news chyron from Salvation more realistically be saying, “Holy Crap, the President Is Alive! Nefarious Coup Thwarted!” Also, after allllll the head-scratching over the ark’s “chosen 160,” it wound up filled with mostly Tanz wonks?

14 | Why did The Good Place‘s Eleanor reveal her note-in-Janet’s-mouth trick to Michael, which just ensured that he wouldn’t let her do it again?

15 | Were you expecting The Orville to play Rudolph the Red-Nosed Reindeer for laughs… and then it didn’t?

16 | Has Gotham infused Victor Zsasz with, like, 20 percent more “Eddie Haskell”-like sass? And isn’t that great?

17 | Does the fact that a Zoo hybrid bite turned a dead dog into a feral zombie mean that maybe we haven’t seen the last of Logan? And were you unexpectedly moved by Jamie’s reaction to his death?

18 | Why didn’t the Project Runway judges call out Shawn and Claire after Tim Gunn told them that Claire made the pants for Shawn’s outfit? And should Ayana and Batani’s looks have been in the bottom three? 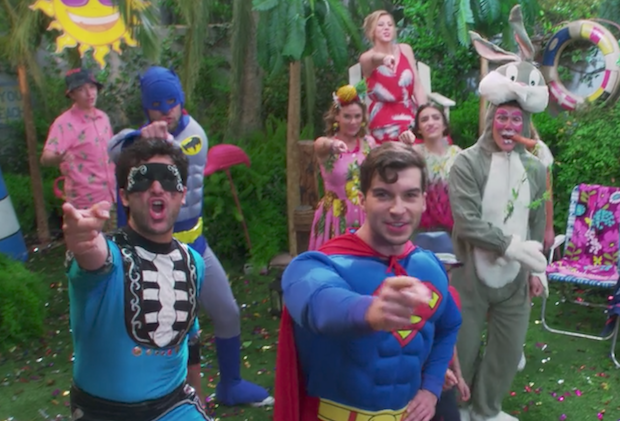 19 | How rude was it of Fuller House to kick off Season 3 with a musical number about the first day of summer, when it got released on the first day of fall? Also, WHAT WAS THAT MUSICAL NUMBER?!?