Filmdom’s Wonder Woman aka Gal Gadot has been tapped to host the second episode of the long-running sketch series’ coming season, airing Oct. 7 on NBC and featuring Grammy, Oscar and Golden Globe winner Sam Smith in his second turn as musical guest. 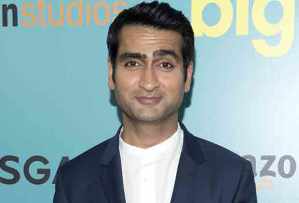 On Oct. 14, Silicon Valley‘s Kumail Nanjiani, who wrote and starred in this summer’s sleeper hit The Big Sick, will host with P!nk serving as musical guest for a third time.

Which of these first hosts and musical guests are you most anticipating?