Last week’s penultimate episode of Teen Wolf appeared to claim the life of a fan-favorite character — to some fans, I’m sure — and now, we have official confirmation of that surprisingly emotional death. 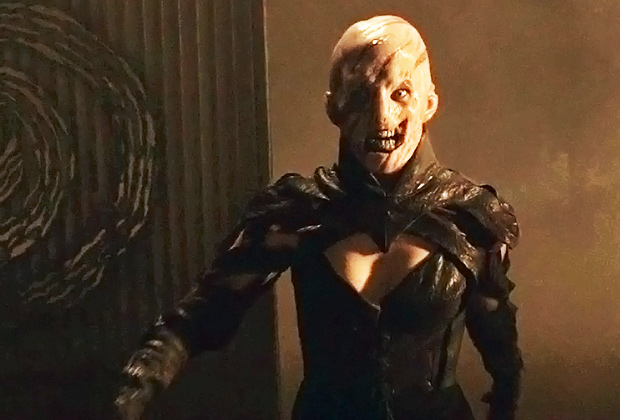 Obtained exclusively by TVLine, a new clip from Sunday’s series finale (MTV, 8/7c) finds Deucalion fighting to speak his final words to Scott and his pack before succumbing to the injuries he sustained from Monroe’s army’s latest attack.

As Scott takes the hand of his enemy-turned-mentor, Deucalion shares Gerard’s greatest weakness: “What he fears most … he can’t beat you … and he knows it.” (Pardon the ellipses, but you can’t exactly blame the guy for speaking in partial sentences. He is dying, after all.)

Fortunately, this clip isn’t a total downer; it opens with some pretty hysterical (and very classic) banter between Stiles and Lydia about why the pack chose to leave its FBI intern pal in the dark this whole time.

Hit PLAY on the video above, then drop a comment with your thoughts below: Were you surprisingly moved by Deucalion’s death? And how do you hope it all ends on Sunday?