Faces familiar and new (plus one with a fresh ‘do) are ready to brave a dark night in the cast photo for Season 4 of Gotham.

The Fox drama christens its new night this Thursday at 8/7c, with the episode “A Dark Knight: Pax Penguina,” in which Gordon (played by Ben McKenzie) worries that Jonathan Crane may still be alive after a string of robberies seem to be committed by The Scarecrow. Meanwhile, Penguin’s (Robin Lord Taylor) plan to “legitimize” the city’s crime goes awry during the grand opening of his Iceberg Lounge (which of course features former bestie Edward Nygma, played by Cory Michael Smith, as its frozen centerpiece). 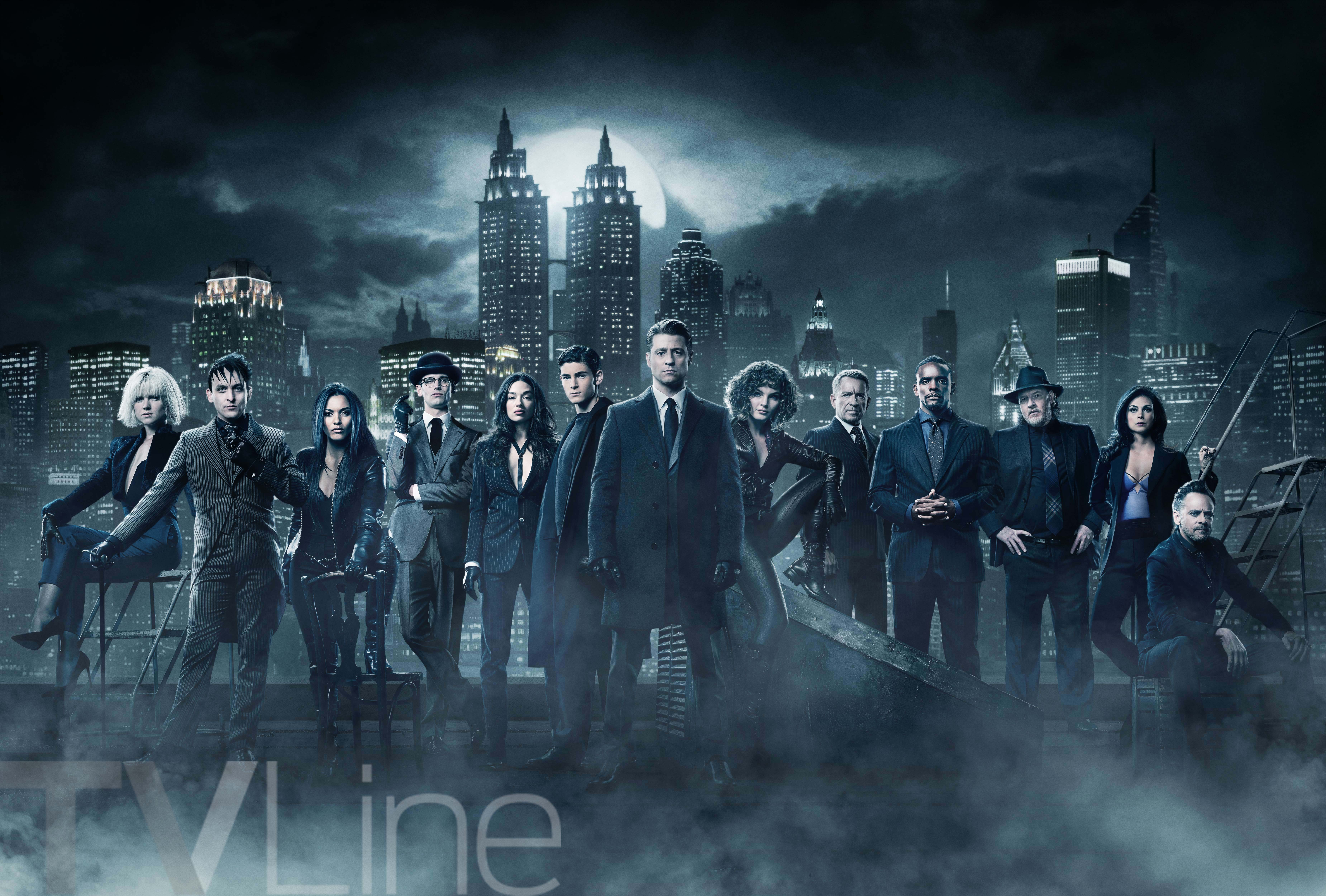 Gotham Cast Video: A ‘Heap of Hell’ Is Coming —
Plus, a Non-Scoop Is Finally Revealed!