This is one win for Donald Trump that Alec Baldwin can get behind.

Baldwin on Sunday took home the Emmy Award for Outstanding Supporting Actor in a Comedy Series for his portrayal of President Trump on the most recent season of NBC’s Saturday Night Live.

“I suppose I should say: ‘At long last, Mr. President, here is your Emmy,” Baldwin said after taking the stage. 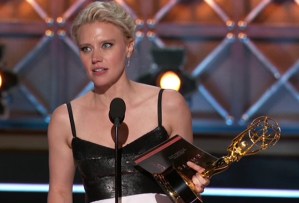 Do you think Baldwin, McKinnon and SNL deserved to win? Drop a comment with your thoughts below.