Before Fox’s The Orville sails onto your TV screen, it may help to get proactively acquainted with spaceship’s captain and crew, from the Kermit the Frog superfan to the petite powerhouse, from the soda pop sneak to the, well, asshole.

The Orville: Who's Who on Fox's Space Voyage? 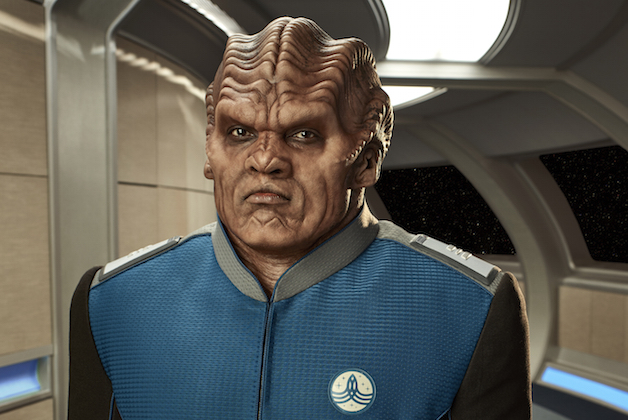 Airing its first two episodes this Sunday and the next at 8/7c (before moving to Thursdays at 9), The Orville is set 400 years in the future and follows the adventures of the titular exploratory vessel. In the 25th century, Earth is part of the Planetary Union, a far-reaching and mostly peaceful civilization with a fleet of 3,000 ships — which is a lot, ergo journeyman explorer Ed Mercer (played by series creator Seth MacFarlane) finally being handed a captain’s position, albeit one where he must work alongside ex-wife Kelly Grayson (Agents of S.H.I.E.L.D.‘s Adrianne Palicki).

What does each member of the Orville crew — as well as the captain himself — bring to the outer space mix? In the attached photo gallery (click here for direct access), TVLine invited the cast to divulge their characters’ greatest strengths… and admitted quirks.