Talk about going out with a bang! TNT’s Animal Kingdom concluded its superlative Season 2 on Tuesday with the surprise shooting of Scott Speedman’s Baz and one hell of a cliffhanger: “Whodunit?” we’re now left to ask ourselves until Season 3. 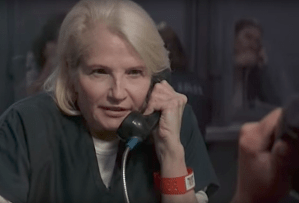 The likeliest suspects are, of course, newly crowned kingpin J, rightly having sensed that Baz was a threat that he would be wise to eliminate; Smurf, having hired from behind bars an assassin after Baz thwarted her heartless plot to have Pope pull the trigger; and Lucy, using Marco to do the deed so that they could get their mitts on the loot that Baz stole from Smurf’s storage unit.

As unstable as Pope is — and as eager as he is to replace deadbeat Baz as Lena’s father — you could always make a case for him being the guilty party. But, considering that Baz had just forgiven him for murdering babymama Catherine, the chances of Pope having opened fire seem more like “none” than “slim.”

Who do you think shot Baz? Point a finger at your pick for the culprit in the poll below, then hit the comments with your reasons why he or she is your pick.