THE SHOW | Marvel’s The Defenders

THE EPISODE | “The Defenders” (Episode 8)

THE PERFORMANCE | It was a battle of wills as much as skills as Netflix’s Marvel team-up drew to a close. (Warning: spoilers.)

Amid the Rage in the Cave, Cox and Yung engaged in an emotionally compelling two-hander as Matt Murdock aka Daredevil labored to extract the women he loved (and lost) from the stone-cold killer now inhabiting her vessel. “I lost you once. I won’t do it again,” Matt told Elektra, before a lovers’ quarrel like no other got underway.

Whereas Cox brought a warmth to Matt’s pleas, Yung was brutally blunt with each and every verbal parry, offering such deflections as, “Your heart will be your downfall.” Matt, though, was undeterred, resolved to convince this familiar woman that he did not “let” her die in another life, but that she was taken from him. “You are not the Black Sly… You have never been anyone’s slave,” he argued. “There is goodness in you. I know, because I felt it.”

After they traded an umpteenth round of blows inside the skeleton of a great dragon, Matt could only note, “This is what we get, for ever thinking we could make it work.” As Cox and Yung shared their first smiles of the skirmish, Elektra countered, “Who says we didn’t? We’re together — something I’ve always wanted since I first laid eyes on you.”

Elektra kept the romantic-ish spin coming, even with the world about to literally collapse around them. Said Matt, “We’re going to die here,” to which his ex cooed, “No — this is what living feels like.” As the rubble of an entire exploded building dropped into the cavern around them. 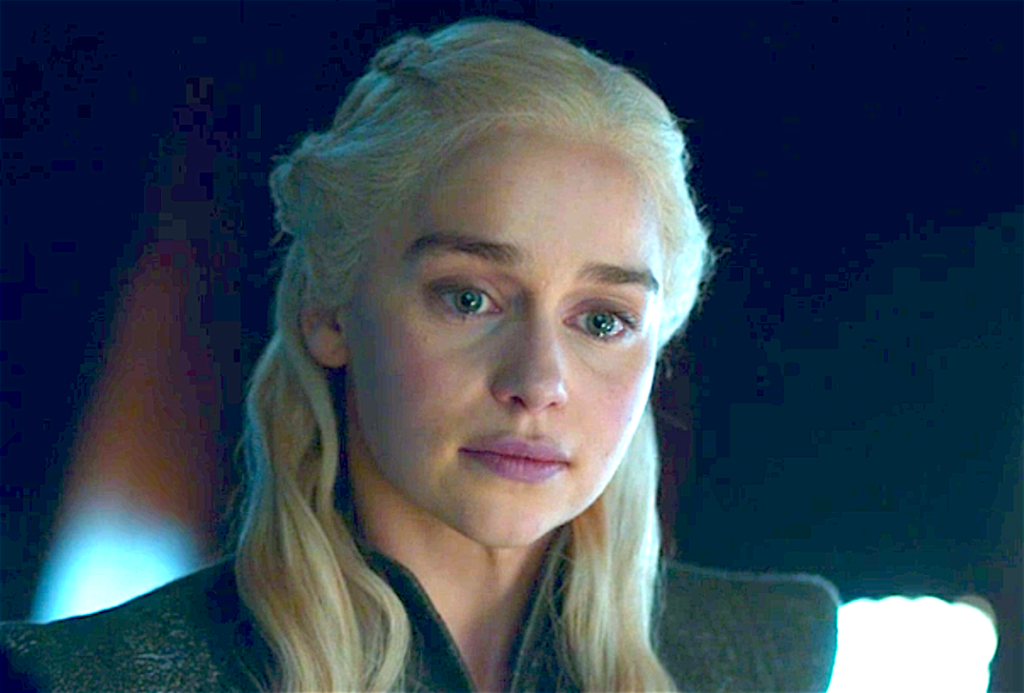 HONORABLE MENTION | The Mother of Dragons was in mourning this week on Game of Thrones, after the Night King plunged a javelin into Viserion the dragon, killing the magnificent beast. And the deep sorrow etched on Emilia Clarke‘s face was heart-wrenching as Jon Snow comforted Daenerys on the boat back to Dragonstone. Our Khaleesi usually keeps her emotions in check, but here, Clarke showed both an unexpected tenderness, as Dany took Jon’s hand in friendship (and maybe more), and a fiery resolve, as Dany vowed, “We are going to destroy the Night King and his army… and we’ll do it together. You have my word.” Heck, who wouldn’t bend the knee after that? 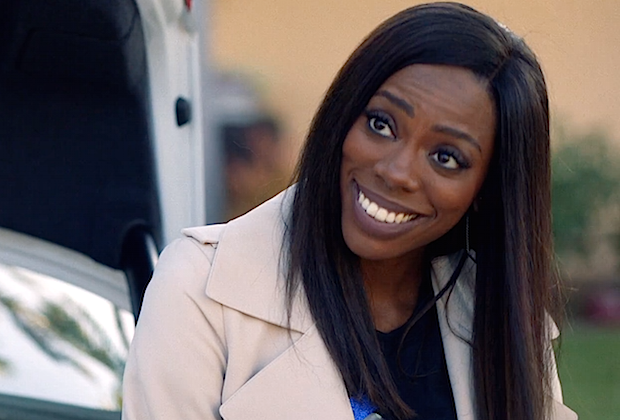 HONORABLE MENTION | Throughout Season 2 of Insecure, Yvonne Orji has kept us cheering on Molly’s reinvention. Even as her d—k meter hit “E” and her career hit a white-male snag, the attorney has remained resolute, her portrayer letting us see, more than the realness of Molly’s struggle, her determination not to let it defeat her. So it was especially crushing in “Hella Shook” when she learned — at her parents’ vow-renewal ceremony, no less! — that her father had once cheated on her mother. Since Molly had held up their relationship as “the thing” to which she should aspire — and, for that reason, was trying to date a Mr. Right who was all wrong for her — Orji held nothing back in their confrontation, allowing her character’s disbelief to curdle into disillusionment before our eyes.