Written, directed, produced and starring Frankie Shaw (aka Elliot’s Season 1 Mr. Robot romantic interest) — and based on Shaw’s Sundance Film Festival Jury Award-winning short film of the same name – SMILF promises a raw and honest comedic look at Bridgette, a single twentysomething from Southie whose desires for relationships, sex, and a career collide with the realities of young, single motherhood.

Per THR.com, Britton will have an arc as Ally, Bridgette’s boss who struggles with boundaries. 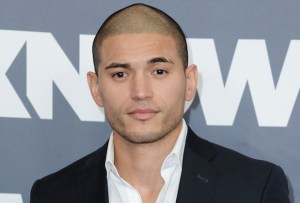 Our sister site Deadline meanwhile reports that The Strain‘s Miguel Gomez has boarded the comedy as a series regular, playing Rafi, a recovering addict who endeavors to be a good ex-boyfriend to Bridgette and father to their 2-year old son.

Rosie O’Donnell co-stars on SMILF as Tutu, Bridgette’s prideful Southie mother who lives by her own set of rules.

In addition to her run as Rayna James, Britton’s TV credits include American Horror Story, Friday Night Lights, 24 and the sitcom Spin City.