When James Van Der Beek came by TVLine’s Comic-Con suite, we spent the bulk of his interview talking about his bizarre new Viceland comedy, What Would Diplo Do? Van Der Beek stars (and writes, and produces, and serves as showrunner) in the series (Thursdays, 10/9c), in which he plays real-life electronic dance music DJ Diplo.

Diplo also executive-produces the series, which portrays him as a musical genius who’s kind of an oblivious jackass, and it’s a whole meta thing that Van Der Beek explains in the video much better than I’m doing here.

TV Shows That Should Not Be Revived 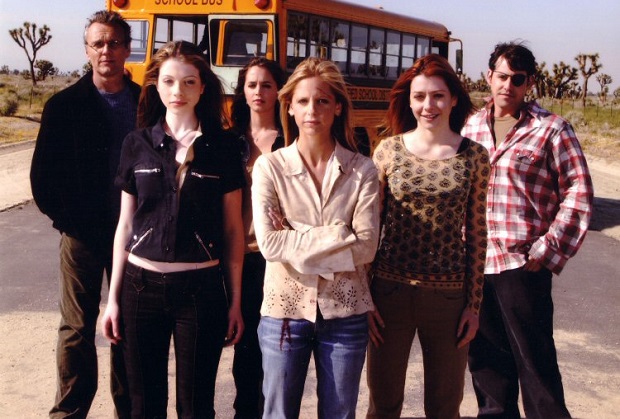 But as a teen of the 1990s, I also felt beholden to ask whether there was any chance — even the slightest crumb of hope! — that we’d see Dawson’s Creek‘s Dawson, Joey, Pacey, et al. back together anytime soon.

Press PLAY on the video above, and make sure to watch all the way to the end of the clip to hear Van Der Beek’s firm, heartbreaking response.