Question: Got any Riverdale Season 2 scoop for me? —Kasey
Ausiello: As a matter of fact, I do: Veronica’s hot new romance with Archie will hit a speed bump when a (handsome) figure from her past reappears. Nick St. Clair, a womanizing bad boy Ronnie knows from her New York days, is headed to Riverdale to stir up trouble… and maybe compete with Archie for Miss Lodge’s affections. 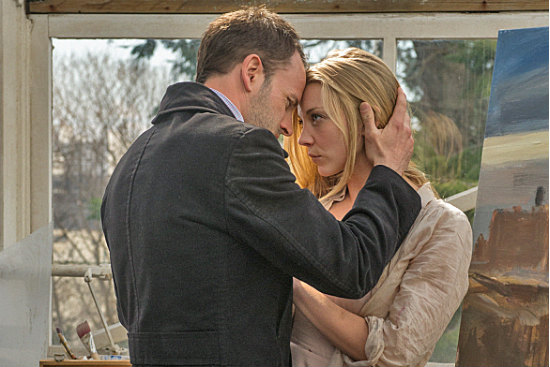 Question: I know Elementary isn’t coming back until midseason, but I need to know this now: Is it possible Natalie Dormer will be back as Moriarty one last time? —Giovanni
Ausiello: It’s more than possible. “With respect to Sherlock, we’re working hard to see an old flame come back to the show,” executive producer Rob Doherty teased to TVLine at CBS’ summer press soiree, before all but confirming that the mystery ex is indeed Dormer’s Moriarty (who last appeared in the flesh in Season 2). “She may or may not lead a league of assassins — or once led a league of assassins.”

Question: I’d love something (anything!) on my favorite McGeek. Are we going to get a time jump in the NCIS premiere? Or will we pick up right where we left off with Gibbs and McGee left behind to face the militants in Paraguay? —Karen
Ausiello: “We pick up where we left everybody off at the end of last season,” says co-showrunner Frank Cardea. “We flash back about that much, just to remind the audience that these two guys are in jeopardy and the world’s about to come down on them, and then we pick it back in Washington” two months later, with Gibbs and McGee still stuck in Paraguay! BONUS SCOOP: Assuming that McGee makes it out alive, Cardea said to expect an October baby for him and Delilah.

Question: Still worried about Alex and Maggie on Supergirl. Since Floriana Lima isn’t going to be on the show full-time, should I just assume Maggie turns down Alex’s proposal? —Cait
Ausiello: Have faith, Cait! My latest intel suggests that Alex and Maggie’s romance is far from over, even if Lima will only recur in the CW drama’s third season. In other Supergirl casting news, J’onn will have his hands full in the beginning of Season 3 when an aggressive White Martian named Da’rack comes to Earth on a particularly delicate mission — which, we assume, will not be handled delicately.

Question: Do we know where exactly Black Lightning will be set? —Josh
Ausiello: We actually have an update for you on this front. The show will now be set in Freeland, a fictional city — not Atlanta or NOLA.

Question: Zachary Levi popped up in your Comic-Con highlight reel, but I can’t for the life of me find your actual interview with him on the site. Help! —Daryl
Ausiello: I was holding it back because I wanted to offer it up as a bonus treat in Ask Ausiello. Press PLAY below for scoop on Levi’s upcoming roles in Psych: The Movie and Netflix’s period drama Alias Grace, as well as an update on — wait for it — Chuck: The Movie!

Question: Do you have any news on the new season of Supernatural? How is Cas coming back? —Cynthia
Ausiello: That’s a closely guarded secret, but portrayer Misha Collins did tease at Comic-Con that “the Cas that comes back is not, like, a totally different Cas.” The actor also revealed “it takes a long time” for the angel and Lucifer’s grown spawn to meet. “I don’t think we have scenes together until Episode 6 or something,” Collins shared. “But in a way, I think Jack sort of thinks of [Cas] as a surrogate father or something like that. There’s some strange imprinting that may have happened, even though Cas was dead.” 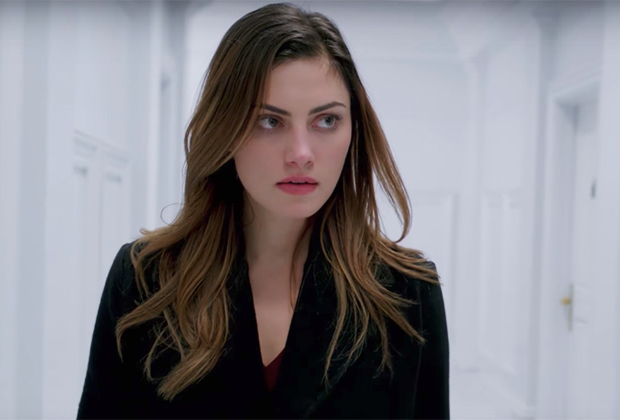 Question: Julie Plec mentioned in TVLine’s Comic-Con interview that Hayley is getting a new man in The Originals’ final season. Any more details? —Steve
Ausiello: I can’t say for sure whether this is the man in question, but the show is currently casting the role of Declan, a “flirtatious” Irish chef with a hot temper to match his killer charm. Like most humans on the show, he starts out with no knowledge of New Orleans’ supernatural shenanigans — until he’s introduced to a famous vampire family by the woman he loves.

Question: I’ll take anything from The Originals’ final season. Like, anything. —Charlotte
Ausiello: I think this qualifies as “like, anything”: Season 5 will introduce viewers to Antoinette, a free-spirited “old-school vampire” whose charm and wit mask her dark history. (Gee, are we sure she isn’t related to the Mikaelsons?)

Question: Any news on Criminal Minds? —Samantha
Ausiello: Matthew Gray Gubler will be directing this season’s 17th episode, and it sounds like no laughing matter. “I’m going to go out on a limb and say it’s going to be the spookiest episode of Season 13,” he told Matt Mitovich. Pressed for a one-word teaser for the episode, MGG paused and then let forth that five-letter four-letter word: “Ohhh, it’s so good! I’ll just say it: clown.”

Question: I’m tentatively excited about MTV’s Scream “reboot.” Do you have any scoop that might sway my decision to watch? –Ash
Ausiello: Here’s an interesting little casting scoop: MTV is currently looking to fill the role of Manny, an openly gay senior who’s “smart as hell,” even if he hasn’t quite found his place in life yet. Unfortunately, the outsider’s quest to find himself — as well as his desire to keep the few friends he has — will land him “in the crosshairs of a killer.” (But, hey, doesn’t everyone end up there eventually?)

Question: How many episodes of The 100 will we get this year? —Tanya
Ausiello: Another lucky 13, the same as fellow midseason shows iZombie, The Originals, Black Lightning and Life Sentence.

Question: Will Kanan die this season on Power? —Stephanie
Ausiello: Not sure about that, Steph, but how about some even father-reaching intel? I hear the series is looking for an actor in his early 40s who speaks fluent Spanish to play Steve, a sexy, confident, cunning DEA agent heading up the Southwest Border Initiative in Season 5. And if that doesn’t have “Angela hookup” written all over it, I don’t know what does.

Question: Have you completely thrown in the towel on Twin Peaks? —Charlie
Ausiello: I’m about three episodes behind and in absolutely no rush to catch up, which saddens/frustrates me. Another thing that saddens/frustrates me is that a bunch of really smart and talented people seem to be digging it, which makes me feel like I’m living in an episode of Twin Peaks myself. One of those really smart and talented people is Damon Lindelof, whose reverence for the Showtime revival compelled him to travel to San Diego two weeks ago to moderate the Twin Peaks panel at Comic-Con. “What the hell am I missing?!” was essentially the question I posed to him when he dropped by our interview suite. Our pro/con Peaks exchange is below:

Question: I’m excited that Danny is coming back to The Mindy Project. What else can you tell me about Season 6? —Olivia
Ausiello: Jody may not be getting his own spinoff (an idea Mindy Kaling revealed she flirted with), but he will be getting a new love interest: The show is looking for a 40-something Latina actress to play Dr. Mary Hernandez, a smart, gorgeous physician at a women’s clinic who earns Dr. Kimball-Kinney’s ire when his patients start leaving him for her practice. Of course, because this is The Mindy Project, Jody will soon find himself entranced by Mary.

This AAnd That…
♦ Do you consider yourself a Ray Donovan acolyte? Then watch Sunday’s Season 5 premiere live. And if you can’t watch it live, then for the love of all that is good and holy, stay off social media.
♦ Hearing buzz that Scully won’t be in the best of shape when The X-Files picks up.

Also, much like the last revival, rumor has it Season 11 will be bookended by heavy (and hopefully less contrived/cheesy) mythology episodes written and directed by series creator Chris Carter.
♦ If you’re wondering how Erinn Hayes feels about getting the royal shaft from Kevin Can Wait, allow me to direct you to a trio of very telling tweets she “loved” after news broke Tuesday that her character, Donna, was getting killed off. Here’s the first tweet. Here’s the second one. And here’s the third. In related news, I LOVE ERINN HAYES. (Additional reporting by Andy Swift, Kim Roots, Dave Nemetz and Vlada Gelman)