“You want truffles?” Jonathan Groff’s Agent Ford asks in Mindhunter‘s first official trailer. “You’ve gotta get in the dirt with the pigs.”

In this case, “truffles” = justice and “pigs” = serial killers, and apologies if we’ve just ruined fine cuisine for you for a while. 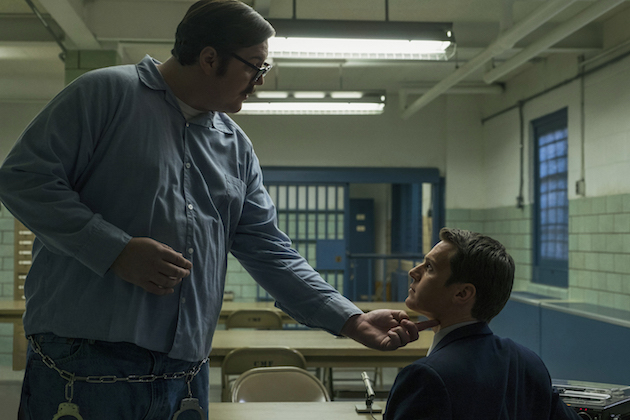 The eerie trailer shows Ford sitting down with some of the most depraved people in the country, trying to get in their minds — and having some really, really disturbing conversations in the process. “It’s not easy, butchering people,” one killer tells him. “It’s hard work, physically and mentally.”

Press PLAY on the video above to get a good look at the drama, which premieres on Friday, Oct. 13, then hit the comments: Will you watch Groff profile a bunch of serious baddies?