The Emmy-winning actress stars in Netflix’s new weed-themed comedy Disjointed, and we have a freshly trimmed batch of photos from the Chuck Lorre-produced series, debuting Friday, Aug. 25 on the streaming service. In them, we see Bates as marijuana dispensary owner Ruth, a long-haired earth-mother type who oversees a motley crew of “budtenders”… and yeah, occasionally gets high on her own supply. 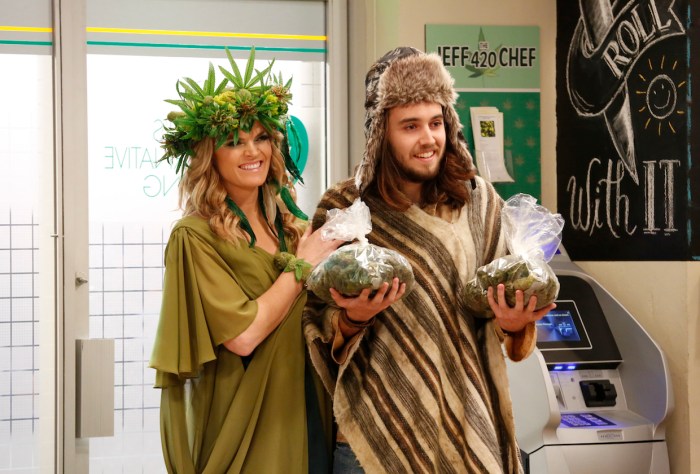 The half-hour comedy co-stars Dougie Baldwin as Ruth’s entrepreneurial son Pete (who we see taking a pair of hedge clippers to a row of weed plants) and Tone Bell (Whitney, Bad Judge) as the pot shop’s security guard Carter. Plus, Battlestar Galactica‘s Michael Trucco and King of Queens vet Nicole Sullivan will pop up in recurring roles.

Check out the gallery to the right — or click here for direct access — to see the first photos from Netflix’s Disjointed… no prescription required.