A new character is going to think American Gods‘ Shadow Moon is just purrrfect when the Starz drama returns for Season 2.

Or, as Ricky Whittle put it when he stopped by TVLine’s Comic-Con interview suite, “It’s so hard to keep this PG and keep this clean, but Shadow may have some kind of relationship with a cat.” 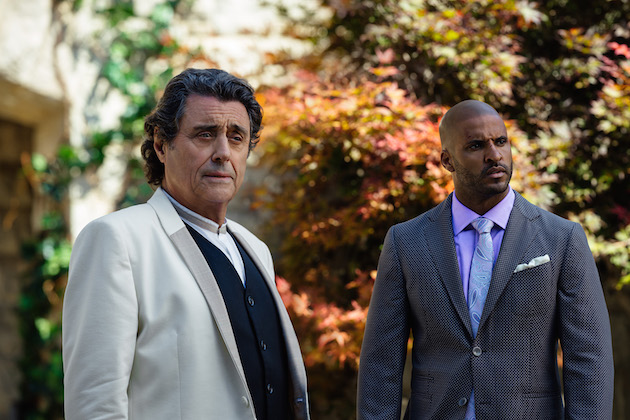 Fans of the Neil Gaiman novel on which the series is based know that Whittle is referring to Bast, an Old God who frequently takes on feline form and who views Shadow as beefy catnip; one of their first interactions in the book gets rather NSFW.

In Season 2, the whiskered character “may take a liking to Shadow Moon, and things may happen,” Whittle tells me in the video above. “But as we saw in the first season, all is not what it seems.”

We also talked Laura’s great love/physical decay, other new characters that may enter Season 2, a scrapped Bilquis-Shadow moment (aw man!) and more. Press PLAY on the video above to hear it all, then hit the comments with your thoughts about what’s ahead.