Bee-lieve it or not, there are less than two months until the premiere of American Horror Story: Cult — and FX is giving us something to make the wait a little sweeter.

The network on Thursday released the official poster for the series’ seventh installment, whose title and premiere date (Tuesday, Sept. 5 at 10/9c!) were revealed last week at San Diego Comic-Con.

Here’s what we knew about Cult so far: Evan Peters and Sarah Paulson play a pair of Michigan-based lovers named Kai and Ally. Series creator Ryan Murphy on Instagram referred to the characters has having “a love story for the ages,” and mentioned that this will be Peters’ “heaviest season yet.”

In addition to Peters and Paulson, the cast of Cult includes Lena Dunham (Girls), Billy Eichner (Difficult People), Billie Lourd (Scream Queens), Leslie Grossman (What I Like About You) and Colton Haynes (Teen Wolf).

Browse the Cult poster in full below, then drop a comment with your thoughts, hopes, fears, etc. 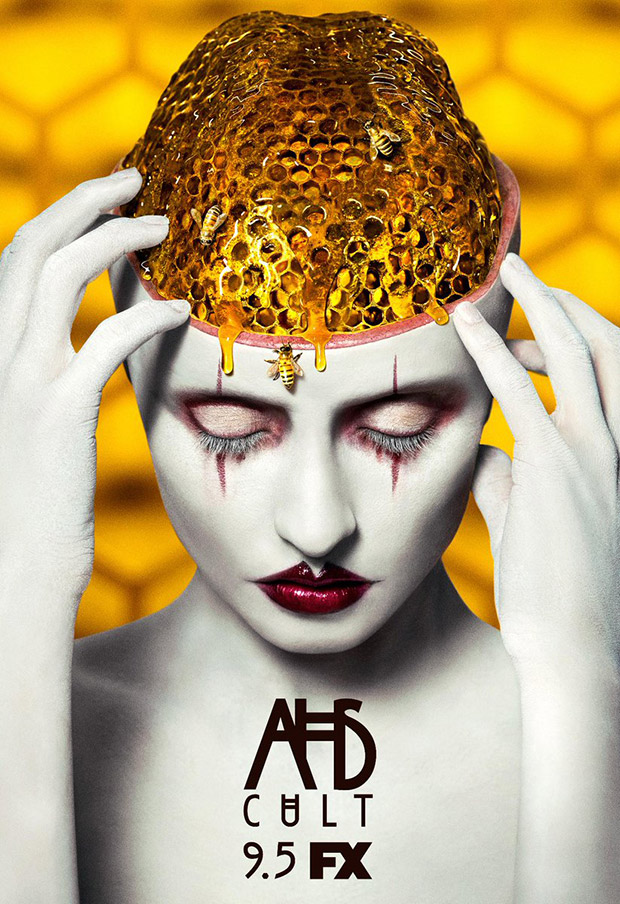